ENG vs WI: Jason Holder Says He Has More To Do After Six-Wicket Haul

Jason Holder, the world's top-ranked all-rounder, took 6-42 as England were dismissed for 204 to surpass his previous Test-best of 6-59 against Bangladesh. 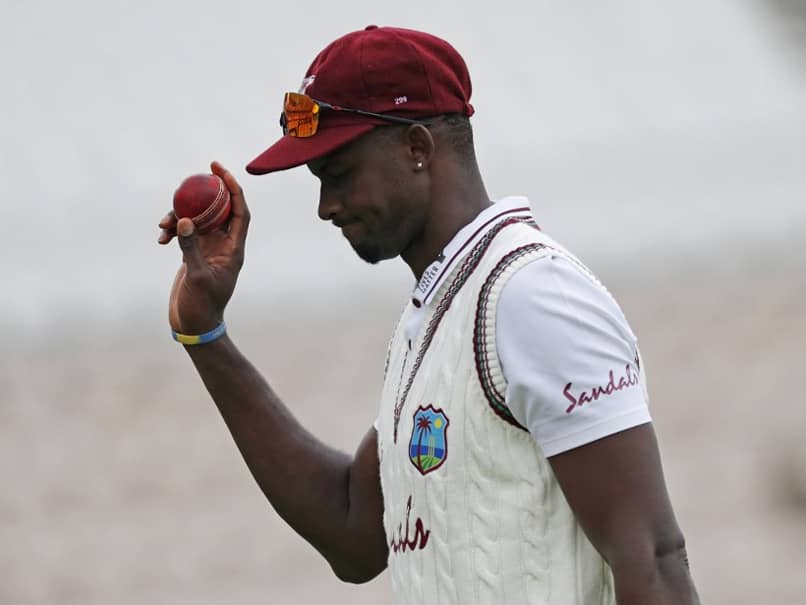 Jason Holder said "my Test is far from over" after he rocked England with a career-best six-wicket haul.© AFP

West Indies captain Jason Holder said "my Test is far from over" after he rocked England with a career-best six-wicket haul on the second day of the series opener at Southampton on Thursday. Holder, the world's top-ranked all-rounder, took 6-42 as England were dismissed for 204 to surpass his previous Test-best of 6-59 against Bangladesh at Kingston two years ago. It was the sixth time in his last 10 Tests that the towering paceman had taken five or more wickets in an innings, with Thursday's return including the prize scalp of rival all-rounder and stand-in England captain Ben Stokes.

West Indies have not won a Test series in England since 1988 but they hold the Wisden Trophy after a 2-1 success in the Caribbean last year -- when Holder made an unbeaten double century in an opening win at his Barbados home ground.

"I have done a good job so far but my Test is far from over," Holder told reporters after bad light forced an early close with West Indies 57-1, a deficit of 147 runs.

"I have a massive contribution to make with the bat," the 28-year-old added.

Holder had been struggling with an ankle injury in the lead-up to the series -- the first Test campaign since lockdown -- but still troubled England with his accuracy and late movement.

He also led from the front.

West Indies had twice dropped Stokes, second in the Test all-rounder rankings, before Holder had him caught behind for 43, the top score of the innings, to end a stand of 67 with Jos Buttler (35).

"It was a big wicket to get," said Holder. "We put down two chances and he was looking to make us pay.

"His partnership with Jos was starting to blossom into something that could really hurt us.

"But I was getting just enough movement to keep him at bay, keep him playing and eventually got the edge."

Holder added he had a particular reason for wanting to do well in England this time.

"I really wanted to get on the honours board at Lord's," Holder said.

"We were scheduled to play there but then due to COVID they shuffled it around," he added of a series where the bio-secure grounds of the Ageas Bowl and Old Trafford, the venue for the last two Tests, are being used instead.

"One of the things I have always strived to do is to score a hundred in England and get a five-wicket haul. I've ticked one box, now it's time to knuckle down and get a hundred."

England opted to leave out veteran paceman Stuart Broad and deploy fast bowlers Jofra Archer and Mark Wood together for the first time in a Test.

But although both Archer and Wood topped speeds of 90 mph, it was James Anderson -- England's all-time most successful Test bowler -- who took the lone wicket of John Campbell.

"I think they are on top," said Wood of the West Indies.

"They have done really well today, bowled really well, showed us the way to go."

But Wood said the fact West Indies fast bowler Shannon Gabriel took 4-62 meant he didn't have to cut his pace.

"Gabriel got four wickets and he bowls quick, so that doesn't mean me and Jofra need to bowl slower."

Ben Stokes England vs West Indies, 1st Test Cricket
Get the latest updates on India vs Australia Series, check out the India vs Australia Schedule for 2020-21 and Ind vs Aus live score . Like us on Facebook or follow us on Twitter for more sports updates. You can also download the NDTV Cricket app for Android or iOS.