ENG vs WI Highlights: England openers Rory Burns and Dom Sibley played cautiously and remained not out at stumps on Day 3. 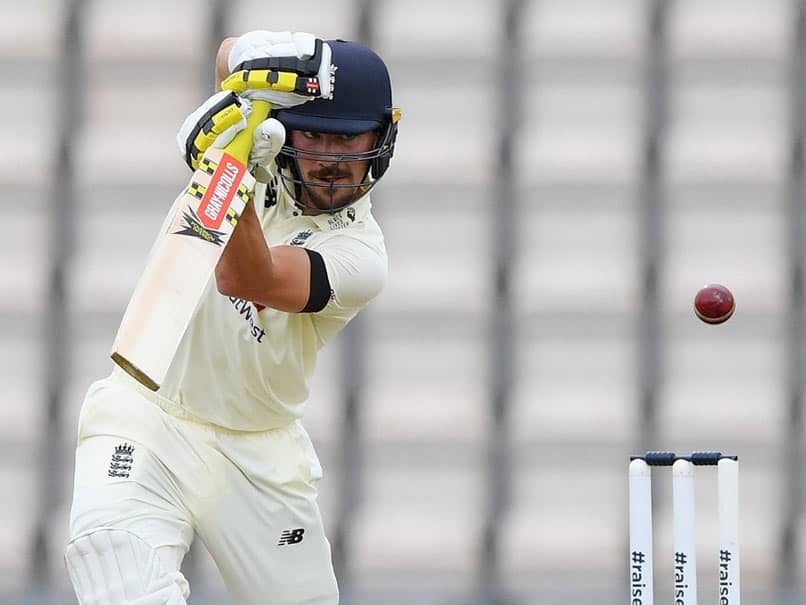 Half-centuries from Kraigg Brathwaite (65 runs) and Shane Dowrich (61 runs) helped the West Indies score 318 runs and take a crucial 114-run lead in the first innings on Day 3 of the first Test match against England in Southampton. In reply, England openers Rory Burns and Dom Sibley played cautiously, finishing the day's play unscathed, with their side trailing West Indies by 99 runs at stumps on Day 3 in Southampton on Friday. The visitors were forced on the back foot when they lost two quick wickets in the afternoon session, but Roston Chase (47 runs) and Dowrich took the matter in their hands and stitched an important partnership of 81 runs for the sixth wicket to bail the visitors out of trouble. For England, skipper Ben Stokes was the pick of the bowlers as he took four wickets, senior fast bowler James Anderson took three wickets, off-spinner Dom Bess dismissed two batsmen while Mark Wood got rid of one player. (SCORECARD)

West Indies Cricket Team England vs West Indies, 1st Test Cricket
Get the latest updates on IPL 2020, check out the IPL Schedule for 2020 and Indian Premier League (IPL) Cricket live score . Like us on Facebook or follow us on Twitter for more sports updates. You can also download the NDTV Cricket app for Android or iOS.