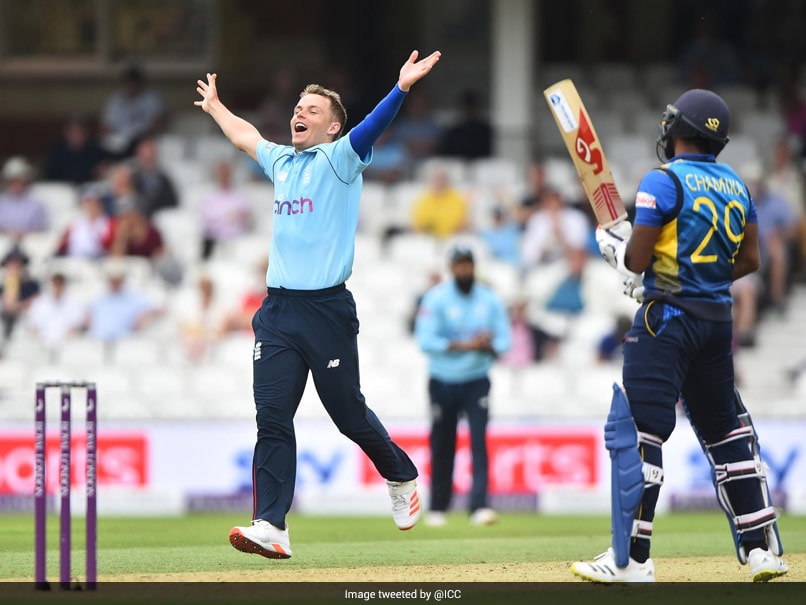 Stand-in England head coach Graham Thorpe feels playing in the Indian Premier League (IPL) has "enormously" helped Sam Curran to evolve his game. Sam Curran, who plays for MS Dhoni-led Chennai Super Kings (CSK) in the IPL, picked five wickets in the second ODI against Sri Lanka on Thursday to help England register a series-clinching win. Thorpe said Sam has been benefitted from playing in "high-pressured situations" in theIPL. The England all-rounder is a key cog in the CSK squad both with the bat and ball.

"I think it's (IPL) helped him enormously. Every environment Sam has gone into, he's shown that ability to compete and an ability to find a way of putting performances in," ESPNcricinfo quoted Thorpe as saying.

"From that perspective, playing in the IPL has put him in high-pressured situations and pushed him. His hitting ability with the bat was always there.

"I think that's progressed to a really good level. He's bowling at important times in the IPL, so he's put under pressure and challenged. At 23, he's getting some really good experiences," he added.

Thorpe said delivering with consistency would be a "challenge" for Sam as the all-rounder was a multi-format cricketer.

"As you know, with someone like Ben Stokes, the amount of work and fitness levels that are required for that is huge. So the challenge for Sam to be a multi-format cricketer is delivering that consistency as well for England time and time again," said Thorpe.

England and Sri Lanka will face up in the dead rubber and the final ODI on Sunday.

Sri Lanka Cricket Team Cricket
Get the latest updates on SA vs IND 2021-22, check out the Schedule and Live Score . Like us on Facebook or follow us on Twitter for more sports updates. You can also download the NDTV Cricket app for Android or iOS.