England vs New Zealand: The Black Caps cricketers and staff took a flight from Auckland airport for England. 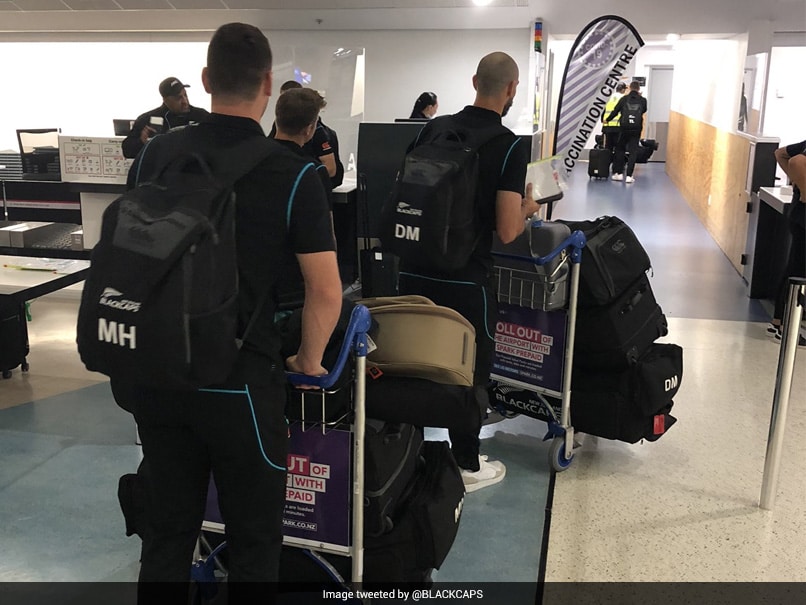 Ahead of the two-match Test series against England and the World Test Championship (WTC) final against India, New Zealand players staff, and players on Saturday left for the UK. The contingent took a flight from Auckland airport and now they would be making their way to the UK. The official Twitter handle of BlackCaps posted a photo of the contingent departing from the airport and they captioned the post as: "Time to fly! #ENGvNZ #WTC21." Three players -- Kane Williamson, Kyle Jamieson, and Mitchell Santner are currently in the Maldives as they headed there after the Indian Premier League (IPL) 2021 got indefinitely suspended.

The trio would be leaving for the UK from Maldives.

Earlier this week, New Zealand Cricket (NZC) had announced that wicketkeeper-batsman BJ Watling will be retiring from international cricket after the tour of England.

The 35-year-old has been a stalwart of the Test side since debuting in 2009 as an opening batsman, going on to establish himself as a world-class keeper-batsman and claiming numerous records in his 73 Tests to date.

Watling holds the New Zealand Test dismissals record with 249 catches (excluding 10 as a fielder) and eight stumpings -- the best numbers of any current Test keepers. Watling's batting statistics are equally eye-catching: with eight Test centuries to his name and New Zealand records for the fourth and fifth-highest partnerships: 362 with Brendon McCullum against India at the Basin Reserve in 2014, and 365* with current captain Kane Williamson against Sri Lanka at the same ground a year later.

He is just the ninth Test keeper to score a double hundred and was the first to do so against England, when his Player of the Match performance helped win a dramatic Test against England at Bay Oval in November 2019. He also featured in another New Zealand record-partnership in that match as he and Mitchell Santner put on 261 for the seventh wicket.

Kane Williamson Cricket
Get the latest updates on ICC Women's Cricket World Cup 2022 and IPL 2022, check out the Schedule , Live Score and IPL Points Table. Like us on Facebook or follow us on Twitter for more sports updates. You can also download the NDTV Cricket app for Android or iOS.