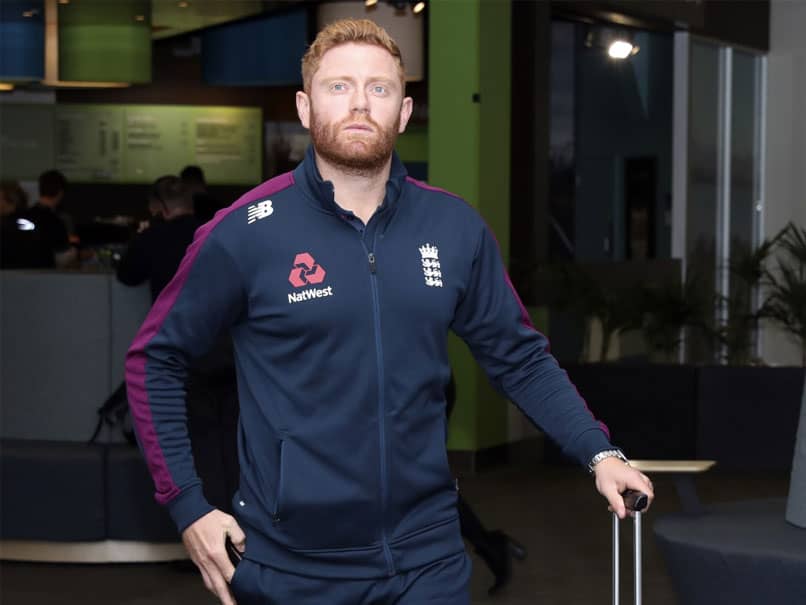 The decision to rest Jonny Bairstow for the first two Tests against India has drawn criticism.© AFP

Chris Silverwood on Tuesday defended England's rotation policy even though it could cause the coach some selection headaches during the upcoming tour of India. England, who face the prospect of playing at least 17 Tests in 2021, rested two star players in all-rounder Ben Stokes and fast bowler Jofra Archer from their recent 2-0 series win in Sri Lanka. And they have already decided that batsman Jonny Bairstow and pacemen Mark Wood and Sam Curran will be given a break from the first two Tests against India in Chennai.

Meanwhile, wicketkeeper-batsman Jos Buttler will head home after the opening match of the four-Test series, despite being in good form with the bat and behind the stumps in Sri Lanka.

"I'm perfectly happy with the system we're using at the moment. I stand by it," England head coach Silverwood told a conference call with reporters.

Several observers have suggested the policy reflects England's over-riding obsession with the Ashes -- they travel Down Under in 2020/21.

But amid accusations it is disrespectful to treat other Tests as 'warm-ups' for the Ashes, Silverwood insisted the constraints of playing cricket amid the coronavirus pandemic justified a rotation policy.

"We've got to look after our people," he said. "We're spending a lot of time locked in hotel rooms inside bio-secure bubbles and it's not easy.

"It's good that we're being proactive and looking after people...

"They can't be with me all the time, that's not the world we live in."

The majority of England players who will take time out from this year's congested international schedule also possess lucrative Indian Premier League contracts.

But having once had bitter rows with Kevin Pietersen at the dawn of the IPL about the star batsman's involvement in the Twenty20 franchise tournament, English cricket chiefs now appear to think they have more to lose than gain from risking a breach with leading players.

There are many within the England hierarchy who are convinced that IPL experience gained by the likes of Buttler, Stokes and Archer helped the them win the 2019 50-over World Cup on home soil.

"I'd just ask them (England fans) to understand why we do what we do," said Silverwood.

"We're resting in the best interests of the player and equally to get the best out of them long term... I do believe we have to be proactive in looking after them, rather than wait until there's a problem."

Mark Wood Sam Curran Cricket
Get the latest updates on IPL 2021, IPL Points Table , IPL Schedule 2021 , live score . Like us on Facebook or follow us on Twitter for more sports updates. You can also download the NDTV Cricket app for Android or iOS.