Steven Finn, was ruled out of this year's World T20 in India due to injury, however, felt a decision on his fitness had been made prematurely 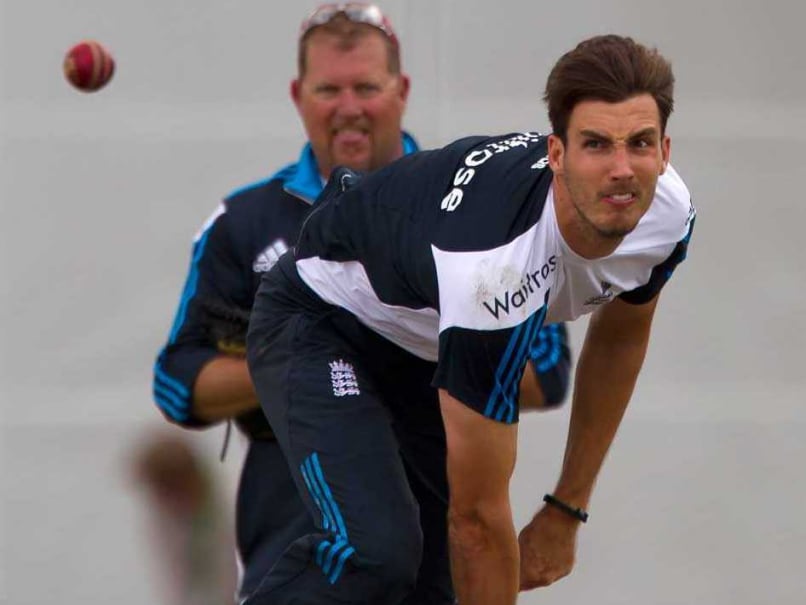 England's Steven Finn was ruled out of World T20 because of calf and side injuries but is now raring to regain lost time.© AP

England quick Steven Finn has been urged by the team's Australian coach, Trevor Bayliss, to use his World Twenty20 disappointment as a spur to success in upcoming home internationals against Sri Lanka and Pakistan.

The Middlesex paceman was ruled out of this year's World Twenty20 in India, where England reached the final in March, because of calf and side injuries.

Finn felt a decision on his fitness had been made prematurely and wasn't shy in voicing his displeasure at being left out of the squad.

The 27-year-old now regrets speaking out as he did, although Bayliss clearly doesn't bear a grudge as he has told Finn to channel any latent anger into his bowling.

"Trevor sent me an email and said to use the frustration as motivation to take wickets in the summer," said Finn, speaking in London at an event staged by series sponsor Investec, ahead of next week's first Test against Sri Lanka at Headingley -- the opening match of a 2016 England home international programme that also includes fixtures against Pakistan.

"I think that was the perfect response to it because you can channel your frustration into the wrong avenues and it can affect you the wrong way."

Finn added: "I missed the (Twenty20) World Cup because I was injured, I was disappointed which got portrayed in that interview I suppose in a bit of the wrong words.

"I was wrong, I accepted that and spoke to the people affected and everything is fine now.

"I spoke to the medical people, selectors, people who made the decision."

Finn was, however, involved in England's recent Test campaign win in South Africa, taking six for 91 in the series opener in Durban.

That should see the tall right-armer, a veteran of 29 Tests, 65 one-day internationals and 21 T20s, retain his place as third seamer behind the new-ball duo of James Anderson and Stuart Broad at Headingley, although Finn faces competition for that role from Nottinghamshire's uncapped Jake Ball.

"These first few weeks it's been different getting back into competitive cricket having not played a competitive game since January," said Finn.

"It took a while to find my feet but there have certainly been spells this summer that make me believe I can have a good summer ahead."