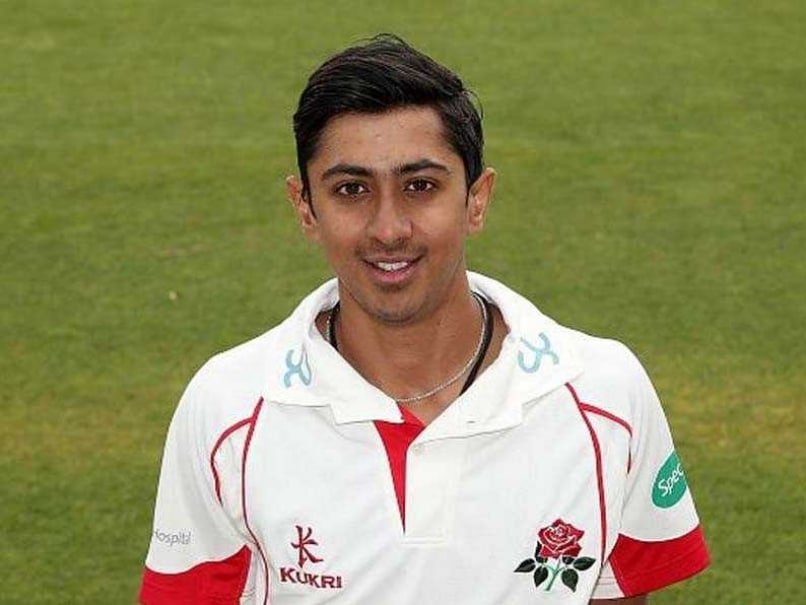 Haseeb Hameed has scored 1,154 runs for Lancashire, including four tons in 15 First Division matches in the County Championship.Â © Twitter

Teenage batsman Haseeb Hameed is relishing the prospect of being a "target" for Test bowlers after his inclusion in England's squad for their tour of Bangladesh.

The 19-year-old Lancashire opener could become just the sixth teenager ever to play Test cricket for England if he is selected for next month's first Test in Chittagong.

By contrast recalled off-spinner Gareth Batty will be 39 when he has the chance to add to his seven Test caps, having last played for England 11 years ago.

Age has been no barrier to either player's success in the current English season.

Hameed has scored 1,154 runs for Lancashire, including four hundreds, at an average of 52.45 in 15 First Division matches in the County Championship.

With Alex Hales missing the tour on security grounds, Hameed now has a chance to partner England captain Alastair Cook at the top of the order.

"I am sure Test bowlers might target me," Hameed said on Friday.

"But the same principles apply. I have to control what I can and give myself the best chance to go out there and succeed and that means preparing well," added Hameed, the son of an Indian-born cricket fan who settled in the Lancashire town of Bolton, northwest England.

"It's funny because Boycott was one of my dad's role models growing up so maybe it has something to do with that," said Hameed.

"But if you look at me I'm not as physically developed as other guys so I rely a lot on timing and patience and spending time at the crease.

"Growing up in the north -- with wet and slow wickets -- I've had to wait for the ball and play late so I'm sure that has helped me develop that sort of technique."

Hameed, left out of the England Under-19 squad for last year's junior World Cup in Bangladesh, paid tribute to his father Ismail's influence by adding: "My dad has been the one who has taught me everything I know and even to this day we work together; it is as much about the mental side as the cricketing side."

He is one of four spinners in England's squad, with Bangladeshi pitches usually offering plenty of turn.

Batty's first stint in Test cricket saw him take 11 wickets at an expensive average of more than 66 apiece.

He was also the bowler off whom Brian Lara scored the single that saw the West Indies great become the first batsman to make 400 in a Test, at St John's, Antigua, in 2004.

Batty, however, said Friday he was now better-equipped to play Test cricket.

"I feel in a good place," said Batty, one of county cricket's most aggressive competitors.

"Maybe in the younger part of my career I didn't feel as confident about things or know exactly what it was going to do, so fingers crossed that stands me in good stead if I get an opportunity."

England's tour of Bangladesh -- which begins on September 30 and will include two Tests and three ODIs -- was under threat after an attack on a cafe in Dhaka in July that saw 20 hostages killed, including 18 foreigners.

Following the attack, the England and Wales Cricket Board (ECB) sent a fact-finding delegation to Bangladesh led by Reg Dickason, their security officer, which concluded it was safe to tour, although that did not stop Hales and England one-day captain Eoin Morgan from pulling out.

But Batty, the father of a baby daughter, had no such concerns.

"As soon as the security guys said it was ok, that was good enough -- I am not somebody who is going to second-guess somebody who's doing their job," he said.

Comments
Topics mentioned in this article
England Cricket Team Bangladesh Cricket Team Gareth Batty Eoin Morgan Jos Buttler Alastair Cook Cricket
Get the latest updates on SA vs IND 2021-22, check out the Schedule and Live Score . Like us on Facebook or follow us on Twitter for more sports updates. You can also download the NDTV Cricket app for Android or iOS.