This will be Ottis Gibson's second stint as England's fast bowling coach. He will join the team next week ahead of the start of a three-Test tour of the West Indies in April. 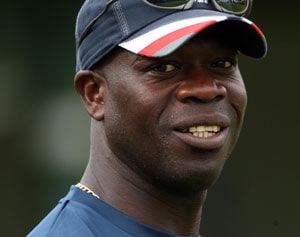 It will be the second time the 46-year-old has been in charge of England's pace attack. He was fast bowling coach from 2007-2010 before becoming West Indies' head coach.

The English Cricket Board (ECB) said Gibson would join the team next week ahead of the start of a three-Test tour of the West Indies in April.

England will be looking to hit form again after a disastrous World Cup campaign where they failed to get past the first round.

ECB managing director Paul Downton said it was "a short-term appointment at this stage. No decision has yet been made on a long-term replacement for David and we will need to review how we staff this position going forward following the conclusion of the West Indies tour".

Gibson was West Indies' head coach from 2010 until August last year. The team won just nine out of 36 Tests in that time.

Comments
Topics mentioned in this article
Ottis Delroy Gibson England Cricket Team Cricket
Get the latest updates on IND vs NZ 2021, check out the Schedule and Live Score . Like us on Facebook or follow us on Twitter for more sports updates. You can also download the NDTV Cricket app for Android or iOS.