Ian Bell's recent lack of form cost him a place in the Test squad for the series against South Africa. 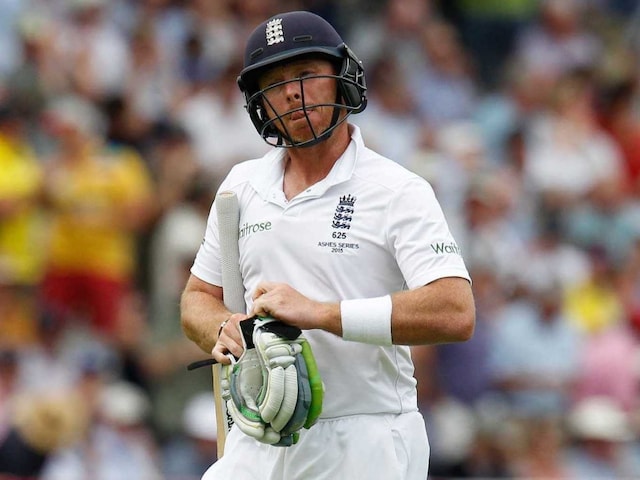 Compton, who currently has nine Test caps, last played for England in May 2013. Ballance has played 15 Tests since making his debut against Australia in 2014 and was last involved during the Ashes series earlier this year.(Bell Not Ready to Quit Despite a Poor Ashes)

The squad will play two three-day games ahead of the first Test in Durban starting on December 26.

Two players uncapped at Test level have been included in the squad: left arm seamer Mark Footitt and Alex Hales.

Pacers Mark Wood (left ankle) and Steven Finn (left foot) were excluded owing to injuries. Wood will undergo ankle surgery next week and Finn will continue his recovery from a bone stress injury.

Selector James Whitaker said in a statement: "Ian Bell has been an outstanding player for many years and undoubtedly still has plenty to offer England in the future. It was clearly a difficult decision but he has struggled for runs in recent series and we felt that it was the right time for him to take a break and spend time working on his game out of the spotlight."

"The inclusion of Nick Compton and Gary Ballance alongside Alex Hales, Joe Root and James Taylor gives Trevor Bayliss and Alastair Cook plenty of options in the top order."

"Playing the number one ranked Test side in the world in their home conditions will be a really exciting challenge for this squad and one I'm sure these players will relish," he added.

Comments
Topics mentioned in this article
England Cricket Team South Africa Cricket Team Ian Bell Cricket
Get the latest updates on IPL 2020, check out the IPL Schedule for 2020 and Indian Premier League (IPL) Cricket live score . Like us on Facebook or follow us on Twitter for more sports updates. You can also download the NDTV Cricket app for Android or iOS.