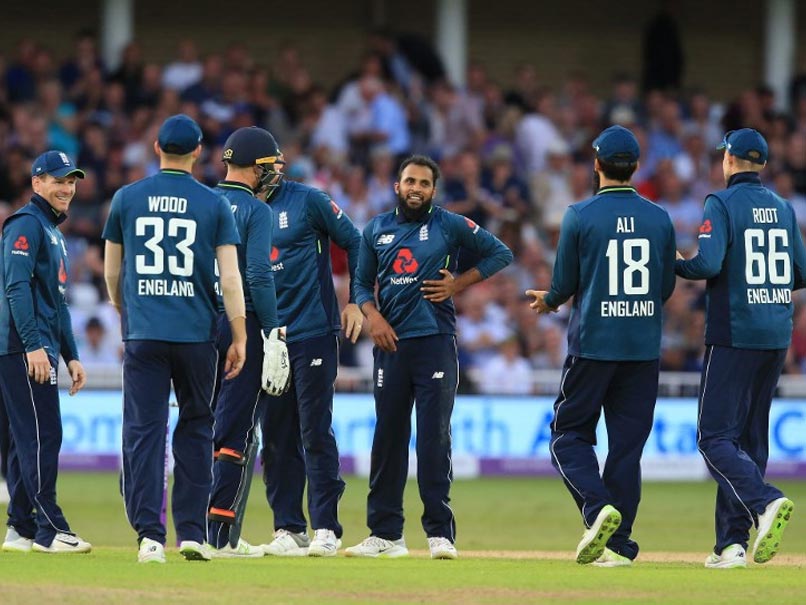 England set a new world record total of 481 for six as they beat Australia by 242 runs.© AFP

England set a new world record total of 481 for six as they beat Australia by 242 runs to win the third one-day international at Trent Bridge on Tuesday. Victory gave 2019 World Cup hosts England an unbeatable 3-0 lead in their five-match series with the world champions. Hundreds from Alex Hales, who made 147 on his Nottinghamshire home ground, and Jonny Bairstow, whose 139 was his fourth century in six matches at this level, helped England surpass their own previous all-time ODI record of 444 for three against Pakistan set at Trent Bridge in 2016.

World champions Australia could only manage 239 for nine in reply as they suffered their 14th defeat in 16 completed ODIs.

This was also Australia's heaviest defeat at this level, in terms of runs, surpassing a 206-run loss to New Zealand in Adelaide in 1986.

By contrast, this was England's biggest victory in the format, topping their 210-run win against New Zealand at Edgbaston in 2015.

The series continues at Chester-le-Street, the headquarters of northeast county Durham, on Thursday.