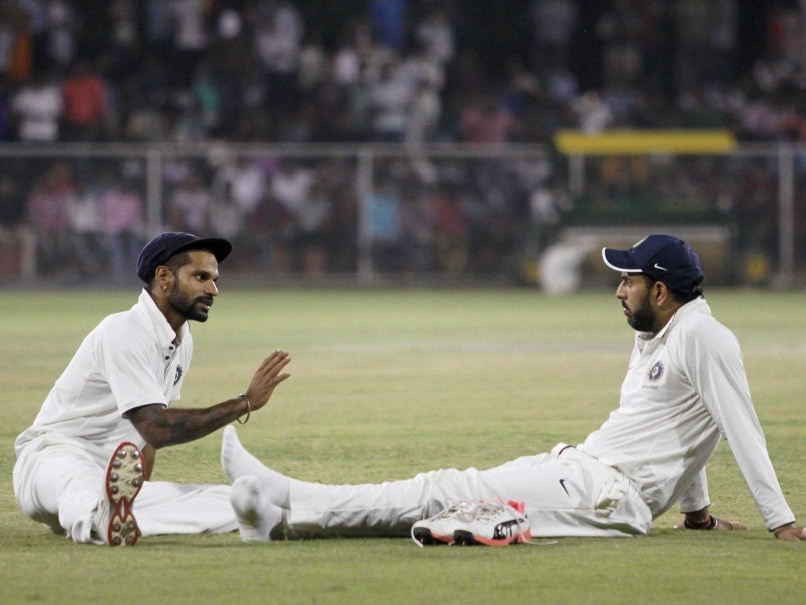 The poor drainage facilities at Shahid Vijay Singh Patheek Stadium again came to the fore as a total of four hours and 45 minutes of play was wasted during the fourth day of the Duleep Trophy final that has already turned into a drudgery.

For the record, India Blue scored 139/3 in their second innings as the lead swelled up to 476 with win being a mere formality now.

Gautam Gambhir (36, 5x4) couldn't get his fifth successive half century. Nevertheless, Gambhir finished the tournament with 356 runs from five innings at an average of 71.20.

Mayank Agarwal (52) again had a good outing while Rohit Sharma (22) also got some valuable batting practice. But the highlight was poor facilities that turned the fourth evening into an absolute farce. After a spell of morning showers which left the ground in deplorable condition, it took four hours to make it fit for a competitive match. Despite bright sunshine in the afternoon and the three super soppers being at use, the square leg and gully areas continued to remain wet.

Even some of the UPCA officials admitted that a lot of work still needed to be done to address the problems related to drainage facilities. Finally, the match began at 6:30 pm under lights, but during the seventh over left-arm seamer Pradeep Sangwan complained that a particular area - a few feet away from popping crease at the far end - was soft. The umpires inspected and found the area to be completely soft which could have caused serious injuries like ankle twist. After inspection it was found that it was so soft that a hole was being created. It led to another 45-minute delay as the groundsmen were not aware initially of this wet portion.

A few buckets of sand was required to fix the problem before the match again started at 8:15 pm. Gambhir hit a few boundaries but was done in by a Kuldeep Yadav straighter one after the opening stand yielded 67 runs -- the duo's first sub hundred partnership.

Rohit Sharma, who was sent ahead of Cheteshwar Pujara, was shaky initially before he played a glorious cover drive off Amit Mishra and a straight six off Kuldeep into the sightscreen.

Mayank Agarwal, on the other hand, completed his 11th first-class half century before being holed out in the deep to become Kuldeep's 16th victim of the tournament. Mayank himself had a great tournament with 420 runs in five innings at an average of 84.

Comments
Topics mentioned in this article
Gautam Gambhir Mayank Agarwal Pradeep Sangwan Rohit Sharma Cheteshwar Pujara Cricket
Get the latest updates on IND vs NZ 2021, check out the Schedule and Live Score . Like us on Facebook or follow us on Twitter for more sports updates. You can also download the NDTV Cricket app for Android or iOS.