Indian cricketer Dinesh Karthik and his wife, Asian Games and Commonwealth Games medal-winning squash player, Dipika Pallikal Karthik took to social media to inform their followers about the birth of their twins. 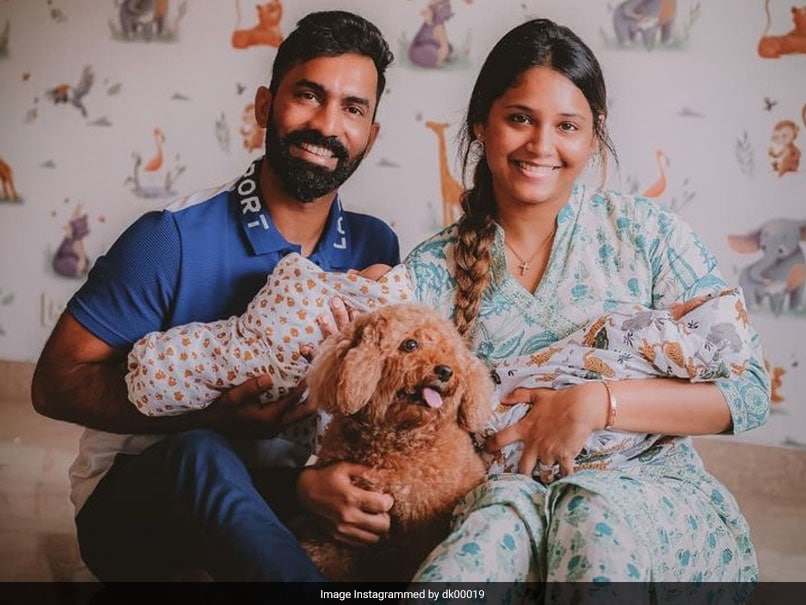 The post was well-received by fans with everyone congratulating the couple. Karthik's wife Dipika is an Indian professional squash player. She is also the first Indian to get into the top 10 of the official women's squash world rankings. She is also a multiple Asian Games and Commonwealth Games medal-winning athlete.

And just like that 3 became 5@DineshKarthik and I are very humbled to have been blessed with two beautiful baby boys, Kabir Pallikal Karthik & Zian Pallikal Karthik, and we could not be happier pic.twitter.com/siyyt3MlUU

The Eoin Morgan-led franchise finished in fourth position during the league phase in dramatic manner and then defeated Virat Kohli's Royal Challengers Bangalore (RCB) in the Eliminator by four wickets.

KKR followed it up with a three-wicket victory against Delhi Capitals (DC) in Qualifier 2. Then, Kolkata missed out on the IPL 2021 title as they lost to MS Dhoni's Chennai Super Kings (CSK) by 27 runs.

Despite KKR's excellent season, Karthik wasn't in his best form during the IPL 2021 campaign. In 17 matches, he registered 223 runs. He also failed to bag a ton or half-century.

Dinesh Karthik Cricket
Get the latest updates on ICC Women's Cricket World Cup 2022 and IPL 2022, check out the Schedule , Live Score and IPL Points Table. Like us on Facebook or follow us on Twitter for more sports updates. You can also download the NDTV Cricket app for Android or iOS.