Sourav Ganguly posted two pictures of himself in whites - one on the field and one off it. 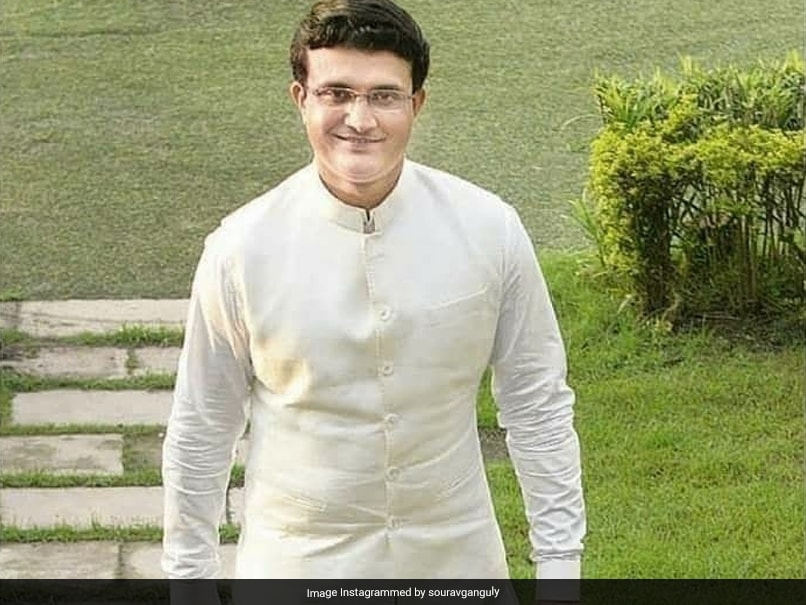 Former India captain and current Board of Control for Cricket in India (BCCI) chief Sourav Ganguly has shared two pictures of himself on Instagram. In the first one, Ganguly is wearing a white colour kurta-pyjama set along with a jacket. Next, he can be seen in India's Test jersey. While Ganguly is looking as dazzling as ever in both the pictures, it was his captions that grabbed the Internet's attention. And it goes like this, "Different whites for different jobs..." The post soon became a topic of discussion among his followers. However, the best response came from Ganguly's former teammate Harbhajan Singh. "Looking good, Tiger," Harbhajan wrote in the comment box.

Earlier on Wednesday, Dada, as Ganguly is popularly known among cricket enthusiasts, shared a snap of himself in India's blue jersey. In the caption box, Ganguly expressed his desire to represent the country on the cricket field in his next three lives.

Ganguly made his international debut against the West Indies in 1992 in an ODI match and played his last game in the format in 2007 against arch-rivals Pakistan.

Ganguly represented India in 311 ODI matches and amassed 11363 runs at an average of 41 and strike rate of 73. He also has 22 centuries and 72 fifties to his name. Ganguly also scalped 100 wickets in one-dayers for India.

Ganguly scored a magnificent 131 runs off 301 balls in his Test debut against England in 1996 at the iconic Lord's. He went on to represent India in 113 Test matches and amassed 7212 runs and picked 32 wickets. He also smashed 16 centuries and 35 fifties in red-ball cricket.

India Cricket Team Sourav Ganguly Harbhajan Singh Cricket
Get the latest updates on ICC T20 Worldcup 2022 and CWG 2022 check out the Schedule, Live Score and Medals Tally. Like us on Facebook or follow us on Twitter for more sports updates. You can also download the NDTV Cricket app for Android or iOS.