Diana Edulji, the CoA member, slammed the one-sided media reports that suggested she wanted to present the trophy to the IPL 2019 winners on Sunday. 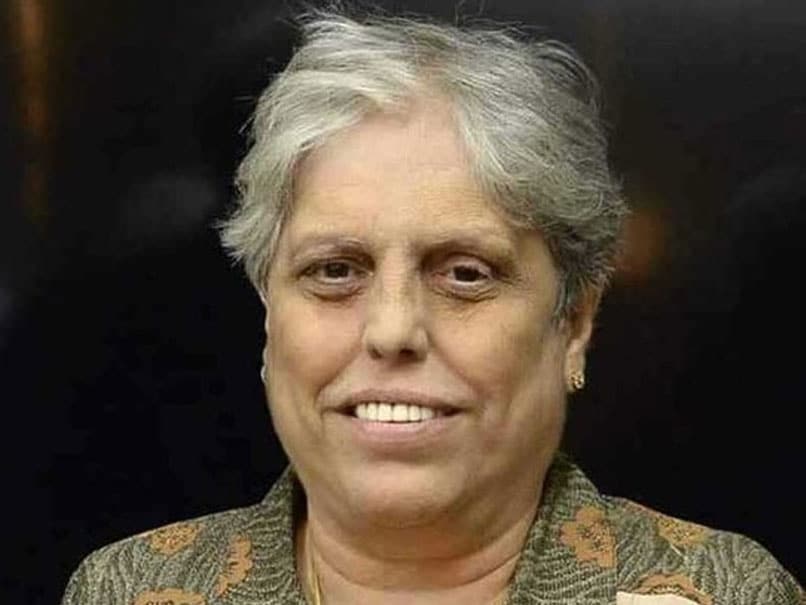 The Supreme Court had appointed Diana Edulji as one of the Committee of Administrators (CoA) members.© AFP

The Supreme Court-appointed Committee of Administrators (CoA) member Diana Edulji was in the headlines for wanting to give away the Indian Premier League trophy to the winner at the end of the final of the 12th edition of the cash-rich league on Sunday. Hurt by the turn of events and the one-sided reports in the media, Diana said that if the report did have to go, the full episode should have been reported.

"I have gone through the one-sided news report on the presentation of the IPL trophy to the champions. To set the facts straight, in the COA meeting dated 8th April, the topic was discussed. During the discussion, I had mentioned that as the acting president (C.K. Khanna) had abdicated his right to give away the trophy during the BCCI bilateral match in Delhi, he had shown disregard for the protocol and an office bearer of a state association was allowed to give the trophy away and hence for the IPL Final, CoA members should give the trophy. This was because the acting president had shown disregard to the office of the president of the BCCI," she explained to IANS.

Going further, she said that her initial choice was CoA chief Vinod Rai, but when the latter said that he wouldn't be attending the final, she suggested the names of Ravi Thodge and herself and she had no intention of giving the trophy herself (as was pictured in the media reports).

According to the former India cricketer, Khanna forwarded a mail a couple of days before the final to question the whole change of plan while he never bothered to reply as to why the BCCI chief hadn't presented the trophy after the final ODI between India and Australia at the Feroz Shah Kotla.

"A few days before the final Khanna forwarded a mail from the acting secretary (Amitabh Choudhary), written sometime in the year 2017 in which he had said that as per protocol the BCCI president gives away the trophy. This was sheepishly done by the acting president by forwarding a mail of 2017 by acting secretary even though he had presented the IPL trophy in 2018 as well, a fact that he seemed to have forgotten. He seemed to have also glossed over the abdication of his responsibility during the India-Australia game at the Feroz Shah Kotla as he may have realised that what he did marred the dignity of the office of the president of the BCCI.

"Till date, even after numerous emails including from the acting secretary asking for reasons on what grounds the acting president allowed the DDCA representative to give away the trophy, Khanna has not bothered responding and explaining about the reasons due to which he took that decision," she said.

Diana then went on to explain how on the day of the final, Khanna once again created a ruckus and made a mountain out of a mole hill. "On the day of the final as usual his interest seemed only limited to the presentation of the trophy since he was carrying around an email of 2017 in his pocket. I was of the view that the general and I would present it as he had not upheld the tradition in Delhi and appeared to have succumbed under pressure.

"If my intention was to give the trophy alone I would have stressed upon it in the previous two editions where I was present for the finals. As a former Indian captain, I have always been motivated to receive trophies during my playing days and the presentation of trophies is not something that I have aspired to do. The view that I had held here was only because Khanna had abdicated his responsibility and had not given the bi-lateral trophy in Delhi," she pointed.

"With regard to a certain official who provided this half-baked information, making a mountain out of a mole hill looks to be the case of his insecurity and incompetence. I relented as I did not want the competent and hardworking officials of the BCCI to bear the brunt (of the situation) and also to avoid any controversy during the ceremony after the great work done by the IPL team in putting up such a good show."

Comments
Topics mentioned in this article
IPL 2019 Cricket BCCI
Get the latest updates on IPL Auction 2023 and check out  IPL 2023 and Live Cricket Score. Like us on Facebook or follow us on Twitter for more sports updates. You can also download the NDTV Cricket app for Android or iOS.