Temba Bavuma said he was determined to do justice to the job as both captain and player. 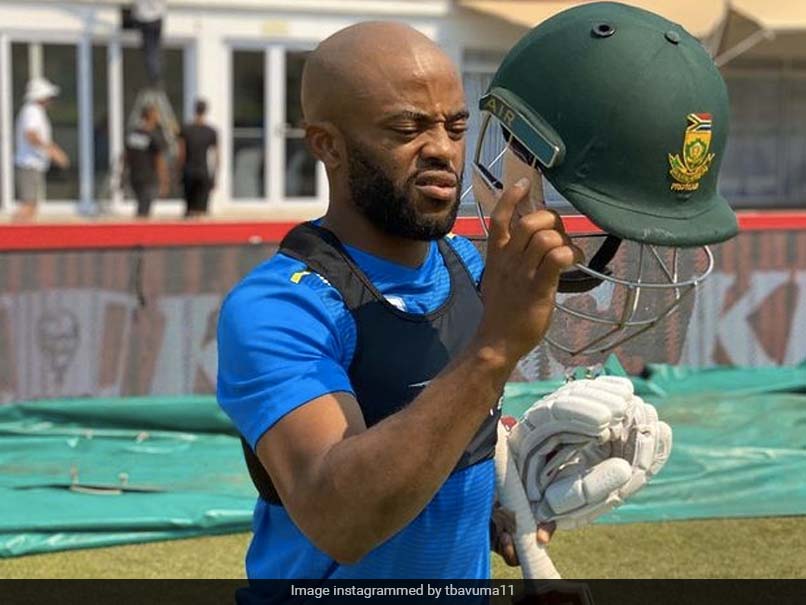 Temba Bavuma said on Thursday that he accepted the responsibility of being appointed as South Africa's first black African cricket captain. "I'd be lying if I said it didn't mean anything to me," he said at a press conference after being named South Africa's limited overs captain through to the 2023 World Cup. At the news conference, Bavuma also responded to some questions in the Xhosa indigenous language, a first for a South African cricket captain. "I understand the deeply-rooted significance of being the first black African captain to lead our country," said Bavuma.

"You don't have to look too far at our history and our political situation. I can completely understand why people in our country would celebrate it for what it is."

Bavuma said he was determined to do justice to the job as both captain and player.

"From a playing point of view I still have strong ambitions to achieve," he said.

"Combined with being known as the first black African captain I'd like to be known as someone who led the team very well and created a legacy for himself."

Bavuma, 30, has been part of South Africa's Test team since 2014/15 but only established himself in the white-ball team during the 2019/20 season, ironically after briefly being left out of the Test side after injury and a poor run of form.

He said he had always believed he had the ability to perform in limited overs cricket and admitted it had been frustrating to have to wait to prove it.

"I guess it has been a revelation for people to see a different side of my game," he said.

"A lot of work has gone in, more from a mental point of view, to get to that point. I've been quite pleased with the results that I have been able to churn out."

Bavuma, who will be vice-captain of the Test team, is captain of the Lions franchise team and led his side to victory in a Twenty20 tournament which finished on Sunday.

"I have experience at domestic level so I do understand the pressure that comes with captaincy," he said.

Bavuma is the latest black player in South African sport to be handed the skipper's armband.

In 2018, Siya Kolisi became the first black captain of the country's rugby union team, leading the Springboks to triumph at the 2019 World Cup.

Also on Thursday, Dean Elgar was named captain of the South African Test team for the next two years.

The appointments ended the captaincy career of wicketkeeper Quinton de Kock, who was appointed full-time one-day captain in February 2020 and was named interim captain of the Test team for the 2020/21 season.

De Kock struggled as Test captain and was given a "mental health break" after a difficult Test series in Pakistan which ended last month.

CSA director of cricket Graeme Smith said it had been necessary "to make a tough and important decision" to relieve De Kock of the captaincy, which he said had followed "engagements" with the former captain.

"It hasn't been an easy time for him," said Smith.

"He's a proud guy and I'm sure there's a bit of emotion and feelings around this."

Smith said he believed that De Kock had felt the burden of leadership.

"We want to free him up as a player. He will still be part of the leadership group."

Quinton de Kock Dean Elgar Cricket
Get the latest updates on ICC T20 Worldcup 2022, check out the Schedule and Live Score. Like us on Facebook or follow us on Twitter for more sports updates. You can also download the NDTV Cricket app for Android or iOS.