Dean Jones's body was taken on one last lap of the Melbourne Cricket Ground as music from his friends Elton John and INXS played in the stadium. 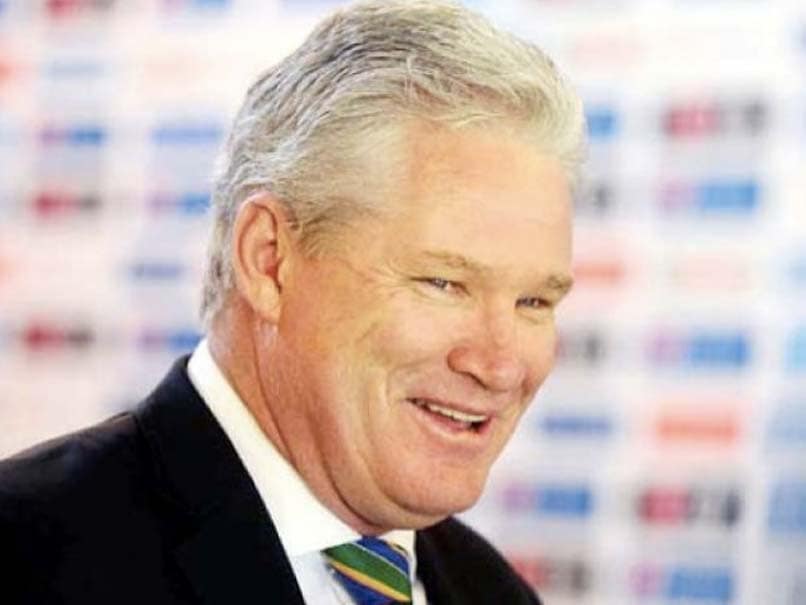 Apart from being a stalwart for Victoria, Dean Jones also played six Tests at the MCG.© AFP

Former Australian batsman Dean Jones' family gave him a private farewell with a lap of honour at the empty Melbourne Cricket Ground (MCG). The ground's public address system played tunes by Elton John and INXS. The memorial service was limited to just 10 attendees by Victoria's ongoing coronavirus lockdown, ESPNCricinfo reported. Jones' coffin was conveyed around the MCG, where he played six of his 52 Test matches. "We have been deeply moved by the outpouring love for Dean over the last week and can't thank everyone enough for their support and for sharing their memories with us," ESPNCricinfo quoted Jones' wife Jane as saying.

A floral arrangement showcasing his cap number and highest first-class score. The music of his friends Elton John and INXS in the stadium. One last lap of his beloved MCG.

"It has been an awful time to navigate as a family, but I could not have thought of a more fitting place to say goodbye to my husband than under the lights of his beloved MCG. What better way to honour him than with the music of his friends Elton John and INXS echoing throughout the empty stadium. We'd like to extend a huge thank you to the Melbourne Cricket Club and the MCG for their willingness to create our personal tribute to Dean and for Cricket Australia's support," she added.

The former Australia cricketer turned commentator died due to a cardiac arrest in Mumbai. He represented Australia in 52 Tests and 164 One-Day Internationals.

Jones was also a stalwart of Victorian cricket during the 1980s and 1990s and retired as the state's leading first-class run-scorer. He went on to become a highly-regarded coach and commentator.

He was made a Member of the Order of Australia in 2006 for his services to cricket and charity and was inducted into the Australian Cricket Hall of Fame in 2019.

One of his most memorable Test innings came in 1986 when in the heat and humidity of Chennai, he battled exhaustion and illness to make a heroic 210 in what would be only the second tied Test ever.

He retired from international cricket in 1994 and went on to become a coach and more recently a broadcaster commentating on cricket around the world.

Melbourne Cricket Ground
Get the latest updates on ICC T20 Worldcup 2022 and CWG 2022 check out the Schedule, Live Score and Medals Tally. Like us on Facebook or follow us on Twitter for more sports updates. You can also download the NDTV Cricket app for Android or iOS.