Richard Hadlee felt that the pink ball, used in the day-night Test between Australia and New Zealand last year, had fared better than the red cherry 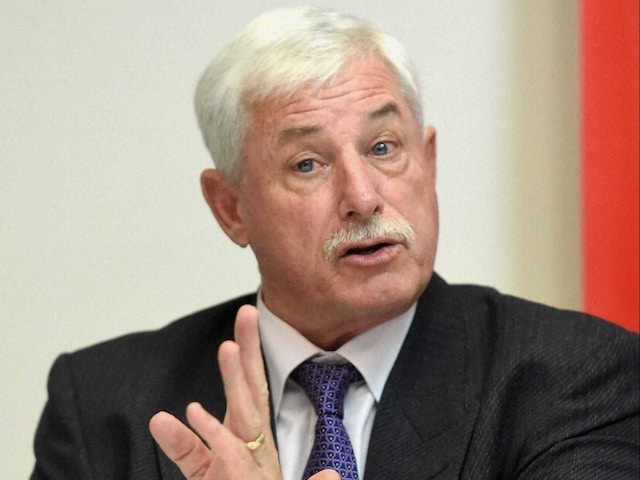 New Zealand cricket legend Richard Hadlee said he was only concerned about the dew factor during a day-night Test match.© PTI

Backing the move of authorities in pushing for day-night Test matches, New Zealand cricket legend, Richard Hadlee, on Wednesday said that it is beneficial for the future of the game as it not only attracted crowds, but was also more suitable for television viewing.

"Day-night cricket is the future of the game. I think, what we saw at the Adelaide Oval when New Zealand took on Australia, was a wonderful spectacle. Clearly it attracted the crowds and is great for television, I think," Hadlee told reporters at the 'Bombay House', where he was hosted by the Tata Trusts.

The first-ever day and night Test was played between Trans-Tasmanian rivals at the Adelaide Oval last year, in which Australia defeated the Kiwis by three wickets.

Hadlee felt that the pink ball, used in the game instead of the traditional red cherry, had behaved better than expected.

"We saw how the pink ball worked visually (well) on television. It performed better for players than they expected, because there was some controversy and lack of confidence from players whether actually the pink ball will last and whether it could be seen.

"We saw an extra-ordinary Test match. Even (if) that was over in three days, it was a (good) contest between bat and ball. And that's what you wanted. It was a wonderful spectacle."

Hadlee, at one time the world record holder for the maximum number of Test wickets (431) that was overtaken by one of his all round rivals of that time - India's Kapil Dev, was only wary of places where the dew factor came into the picture.

"The only problem (as I foresee) in some areas around the world is the dew factor and that the ball could be affected.

That is going to be a disadvantage, particularly to the fielding team, and something needs to be worked through (to even the balance)," he said.

Comments
Topics mentioned in this article
Richard John Hadlee Cricket
Get the latest Cricket news, check out the India cricket schedule, Cricket live score . Like us on Facebook or follow us on Twitter for more sports updates. You can also download the NDTV Cricket app for Android or iOS.