David Warner's Family Use His Head As A Drum In Latest TikTok Video. Watch

David Warner has posted yet another video on TikTok to add to his ever-growing list. 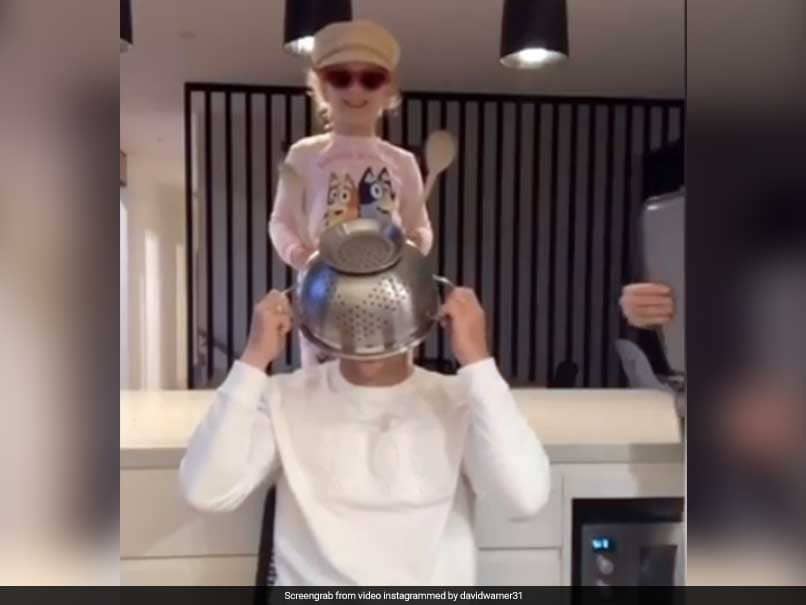 David Warner is still getting bored at home amid the coronavirus pandemic, but is doing his best to keep his fans entertained. David Warner starred as a drum-turned-trumpet in his latest TikTok video, as his family used him as an instrument to play out the 20th Century Fox theme music. In the video shared by the Australian opener on Instagram, he can be seen with a steel bowl over his head, which his wife and daughter use as a percussion instrument.

While his daughter uses a couple of ladles as drumstick, his wife Candice decided to go grander and used a steel tray. Warner then pushes up the bowl and appears to squeal the tune in a high-pitched voice.

Still bored in the house. Who says these utensils are just for cooking @candywarner1 #family #fun

"Still bored in the house. Who says these utensils are just for cooking," he captioned the video.

This is not the first time that Warner has found musical use for kitchenware. In a video shared by him earlier, Warner can be seen using a wine glass and some kitchen equipment to jam to Marvin Gaye's "Stand by Me".

Warner has been a rage on TikTok ever since his first video - him and his daughter Indi grooving to the Bollywood hit "Sheila ki Jawaani".

Since then, the Australian opener has found new ways to keep his viewers entertained, with his entire family playing partners-in-crime.