After David Warner proved his mettle in the 50-overs format during World Cup 2019, everyone expected him to score plenty of runs in the Ashes series but he has failed so far. 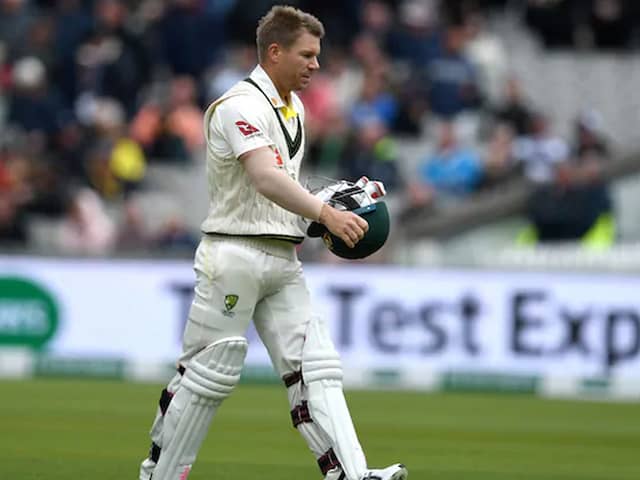 David Warner has failed terribly so far in Ashes 2019.© AFP

David Warner, who served a one-year ban from international cricket due to his involvement in ball-tampering scandal in South Africa, apparently told former England opener Alastair Cook that he once "used substances attached to the strapping on his hand to accelerate the deterioration of the ball during a first-class match". As per an interview published in The Guardian, Cook has mentioned this incident, which occurred during 2017-18 Ashes, in his new book "The Autobiography".

"David Warner, a couple of beers into his celebration, mentioned that he used substances attached to the strapping on his hand to accelerate the deterioration of the ball during a first-class match. I looked at Steve Smith who shot a glance that said: 'Ooh, you shouldn't have said that'," Cook wrote in his new autobiography.

Ever since returning to the international cricket David Warner has been on the receiving end of abuse and rude sledges throughout the World Cup 2019 and the Ashes 2019 in England.

Warner, however, overcame this public outrage to score 647 runs in the World Cup 2019. He finished the tournament as second-highest run-scorer -- only a run behind India's Rohit Shrama.

After proving his mettle in the 50-overs format, everyone expected him to score plenty of runs in the Ashes series against England but he has failed terribly so far as he has registered the scores of  2, 8, 3, 5, 61, 0, 0 and 0 in eight innings of four Tests.

Despite Warner's failure at the top of the order, holders Australia have retained the Ashes series after taking an insurmountable 2-1 lead in the five-Test series. With this, they have ensured that they do not return empty-handed from an away Ashes series for the first time in 18 years.

The fifth and the final match of Ashes 2019 will start on Sep 12 at Kennington Oval, London. Hosts England are in a do-or-die situation as they would want to avoid first Ashes defeat at home since 2001.