Darren Sammy had said in an Instagram story that he and another player had been targets of racist taunts while playing for SunRisers Hyderabad. 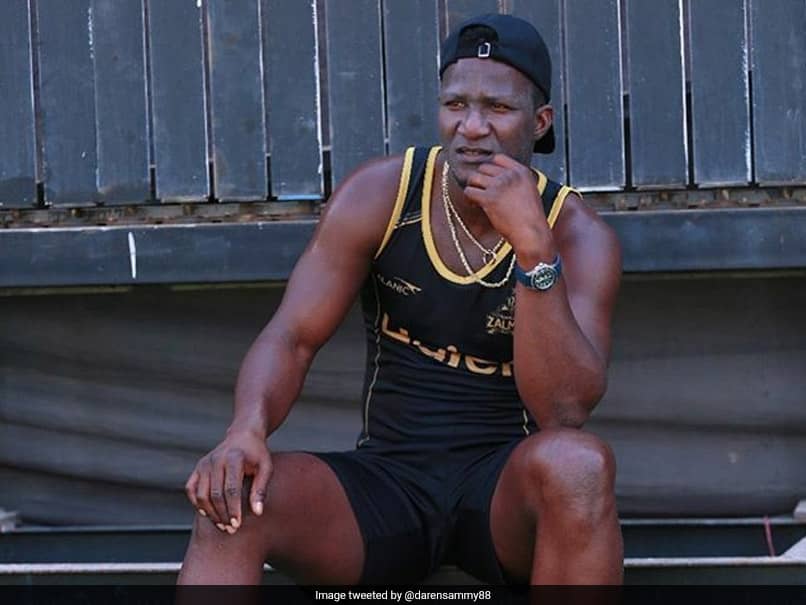 Darren Sammy has been a vocal supporter of the protests that are currently going on in the US.© Twitter

Darren Sammy took social media by storm after he alleged being a victim of racism during the Indian Premier League. The former Windies T20 World Cup-winning skipper said in an Instagram story that he along with Sri Lanka player Thisara Perera were subjected to chants of the racist slur when they played for SunRisers Hyderabad. Parthiv Patel and Irfan Pathan, who shared the dressing room with Sammy during that time, revealed what all they witnessed. While wicketkeeper-batsman Parthiv Patel claimed he didn't hear anyone using derogatory words, former fast bowler Irfan Khan admitted that racist jibes weren't uncommon.

"I don't think I have heard anyone using those (derogatory) words," Parthiv told The Telegraph on Sunday.

According to Irfan, it is not just restricted to the foreign players but players from the southern part of India have also faced such racial jibes in domestic cricket. He added that it is important to educate the people on the subject.

"I was there with him (Sammy) in 2014. I feel had this really happened, the matter would definitely have been discussed. So I'm not aware of such things as nothing was discussed in a larger way. But at the same time, we need to educate our people because I've seen them (racial jibes) in domestic cricket," Pathan said.

"Some of our cricketers from the south, especially, have faced that in the northern and western parts of the country, though I don't want to name anyone. What happens is among the crowd, someone tries to act like a jester. It's not because people are racist, but it's like someone trying to be popular by saying something seemingly funny that amounts to crossing the line on certain occasions," he added.

On Tuesday, Sammy had made an appeal to the ICC and other cricket boards to support the fight against social injustice and racism.

. @ICC and all the other boards are you guys not seeing what's happening to ppl like me? Are you not gonna speak against the social injustice against my kind. This is not only about America. This happens everyday #BlackLivesMatter now is not the time to be silent. I wanna hear u

"@ICC and all the other boards are you guys not seeing what's happening to ppl like me? Are you not gonna speak against the social injustice against my kind. This is not only about America. This happens every day #BlackLivesMatter now is not the time to be silent. I wanna hear u," Sammy tweeted.

Irfan Pathan Cricket
Get the latest updates on India vs England Series, India vs England , live score and IPL 2021 Auction . Like us on Facebook or follow us on Twitter for more sports updates. You can also download the NDTV Cricket app for Android or iOS.