Bravo has returned home to Trinidad for personal reasons. Meanwhile injured star batsman Chris Gayle is expected to join the squad in time for the two Twenty20 matches. 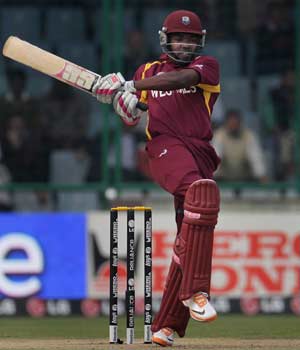 The West Indies suffered a blow on the eve of the second one-day international against New Zealand with the loss of key batsman Darren Bravo.

Bravo has returned home to Trinidad "for personal reasons", a team spokesman said. (Windies losing due to lack of unity: Dwayne Bravo)

It was their first taste of success in New Zealand after losing the three-Test series 2-0.

The second of five ODIs is in Napier on Sunday.

Bravo will not be replaced in the West Indies squad for the remaining four ODIs with star batsman Chris Gayle expected to join the squad in time for the two Twenty20 matches.

Gayle is currently in Sydney recovering from a hamstring injury.

Comments
Topics mentioned in this article
Cricket New Zealand Cricket Team Chris Gayle Sreesanth DS Berry
Get the latest updates on IND vs NZ 2021, check out the Schedule and Live Score . Like us on Facebook or follow us on Twitter for more sports updates. You can also download the NDTV Cricket app for Android or iOS.