He felt that legalising betting in cricket was a possibility, which could be explored. Stating that it was not a workable solution, Prasanna said, "I don't think that this is going to work. Nothing is clear and it will further enhance complications." 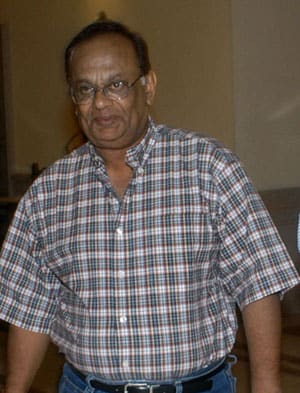 Terming the BCCI's Emergent Working Committee meeting in Chennai a sham, former spin legend Erapalli Prasanna on Monday said that money is ruling the sport now and it is no more a gentleman's game.

"The entire controversy is not going to affect the popularity of cricket in India as we have seen packed stadiums in IPL. Followers of the game are immense here but I can see the gentleman's approach in the game is zero now," Prasanna told PTI Bhasha.

"Money is ruling the game now and it hurts as cricket has been a glorious game of uncertainties. During our times if a batsman was out but umpire was in dilemma, the batsman himself used to walk out. That was called a gentleman's game but now nobody is bothered.

"Cricketers think that umpires are paid well and it is their duty to judge. The whole approach has been changed," the former off spinner, who has taken 189 wickets in 49 Tests between 1967 to 1978, said.

Prasanna insisted that BCCI's working committee meeting yesterday was nothing more than a sham.

"It is a simple step of manoeuvring and sham. It was expected that Board chief N Srinivasan would resign but it did not happen. He has 'stepped aside' and I don't know what will be his powers now," he said.

"If this was the case then why did they deliberate so long. They could have done it before. I guess (Jagmohan) Dalmiya has only three months time and I don't think that despite being a former president he can set the things in right direction in such a short span of time," said Prasanna.

Stating that it was not a workable solution, Prasanna said, "I don't think that this is going to work. Nothing is clear and it will further enhance complications."

He felt that legalising betting in cricket was a possibility, which could be explored.

"I am not endorsing the suggestion to legalise betting but I feel that it is a possibility which can be explored like in horse racing. Betting is a gamble where no player, no franchise and no official is involved. They can talk to horse racing officials in this regard," he said.

Asked about his views on IPL, Prasanna supported the cash rich T20 league, saying, "I don't think that IPL is not giving anything to Indian cricket. Fielding standards of our players have gone higher. This league gives platform to youngsters to showcase their skills. It is good forÂ  cricket."

Comments
Topics mentioned in this article
Cricket Sachin Ramesh Tendulkar BCCI Sourav Ganguly Pragyan Ojha Erapalli Anantharao Srinivas Prasanna Arjuna Ranatunga
Get the latest updates on IPL 2020, check out the IPL Schedule for 2020 and Indian Premier League (IPL) Cricket live score . Like us on Facebook or follow us on Twitter for more sports updates. You can also download the NDTV Cricket app for Android or iOS.