A staggering 48 sixes and 70 fours in a Bangladesh second division 50-over match in which a combined 818 runs were scored. 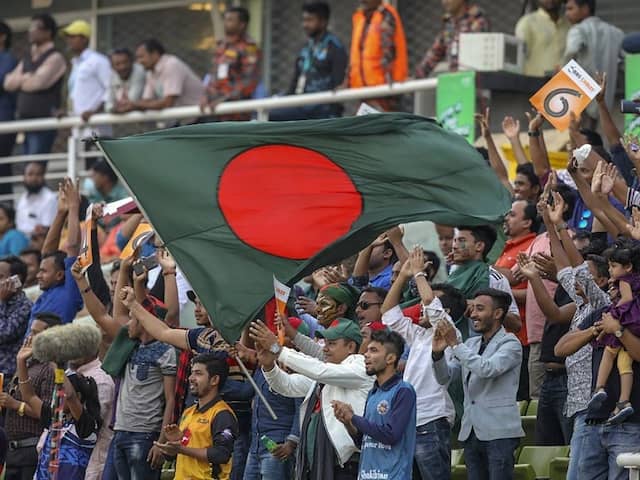 Bangladesh cricket fans were treated to a run fest during a domestic match in Dhaka.© AFP

Batsmen hit a staggering 48 sixes and 70 fours in a Bangladesh second division 50-over match in which a combined 818 runs were scored. North Bengal Cricket Academy won by 46 runs after they racked up 432-4 and restricted Talent Hunt Cricket Academy to a relatively meagre 386-7 at City Club ground in Dhaka on Monday. The North Bengal players struck 27 sixes, while Talent Hunt smashed 21 over the ropes. "This is very unusual. I have been familiar with Dhaka's domestic cricket for many years. But I never saw anything like this," said Syed Ali Asaf, a club cricket organiser.

In one notorious case in 2017, authorities banned a bowler for 10 years after he delivered a succession of wides and no-balls to concede 92 runs to deliberately lose a match in what his team called a protest against biased umpiring.

That Dhaka League Second Division game raised suspicions after a Lalmatia bowler sent down 13 wides and three no-balls in the first over -- all of which raced to the boundary -- costing his side 80 runs.

Lalmatia had earlier been dismissed for just 88 off 14 overs before opponents Axiom reached 92-0 off just four legal deliveries.