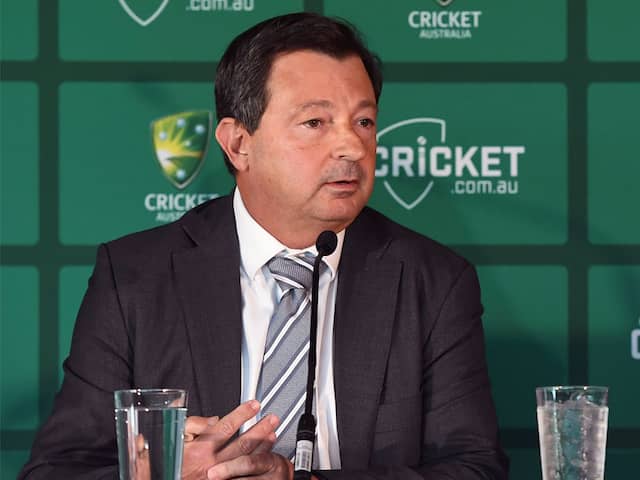 Cricket Australia chairman David Peever faced growing calls to quit on Tuesday after a damning review slammed the body's conduct leading up to a major ball-tampering scandal. The independent review released on Monday found that an "arrogant" and "controlling" culture within Cricket Australia contributed to players cheating in the pursuit of victory. Peever has so far avoided an exodus of senior figures after the scandal when players were caught using sandpaper to alter the ball in a Test match against South Africa in March. Cricket Australia CEO James Sutherland, coach Darren Lehmann and team performance boss Pat Howard all resigned. Then-captain Steve Smith and his deputy David Warner were banned for 12 months, and batsman Cameron Bancroft for nine months.

Peever, a former Rio Tinto mining executive who was reappointed for a second term as chairman only last week, said on Monday that he wouldn't step aside.

"The work was never about wanting to dwell on negatives," Peever told national broadcaster ABC Monday night when asked why he and the CA board should not resign.

"This is a very important day for cricket and we are moving forward from here," he added.

But former Australian bowler Geoff Lawson said the chairman should be replaced by someone who played at the elite level.

"We need a serious cricketing figurehead, not a corporate cricket figurehead," he told Fox News.

"The business of cricket has overwhelmed the playing of cricket."

"So let's get this straight. #CricketAustralia, under David Peever, has overseen the destruction of the intn'l image of our national game. But Peever gets re-appointed as Chair last wk, 3 days before release of damning Longstaff Report?"

The Australian Cricketers' Association (ACA) said in light of the scathing assessment, CA must share responsibility for the scandal, calling the bans on Smith, Warner and Bancroft to be lifted.

"The players have already lost time in the game, chances to play for Australia, endured public humiliation and faced massive financial penalties."

The CA review by the Sydney-based Ethics Centre accused Cricket Australia of ignoring the spirit of the game, leaving players without moral guidance.

ACA also called for the "urgent" implementation of all 42 recommendations in the 145-page report, which also included complaints from those involved in the sport of a bullying culture in elite men's cricket.

Among the recommendations was an anti-harassment code to stop sledging, and training to improve team leaders' "moral courage".

The team, who have struggled for form in the absence of batting stars Smith and Warner, also released a "players pact" promising to respect the traditions of the game.

Similar initiatives in the past, such as the "Spirit of Cricket" charter in 2003, had little impact.