Srinivasan met Dalmiya during the MAK Pataudi Memorial Lecture in Kolkata recently and sought his support as he would be nominated from the East Zone. However to Srinivasan's surprise, Dalmiya was non-committal. 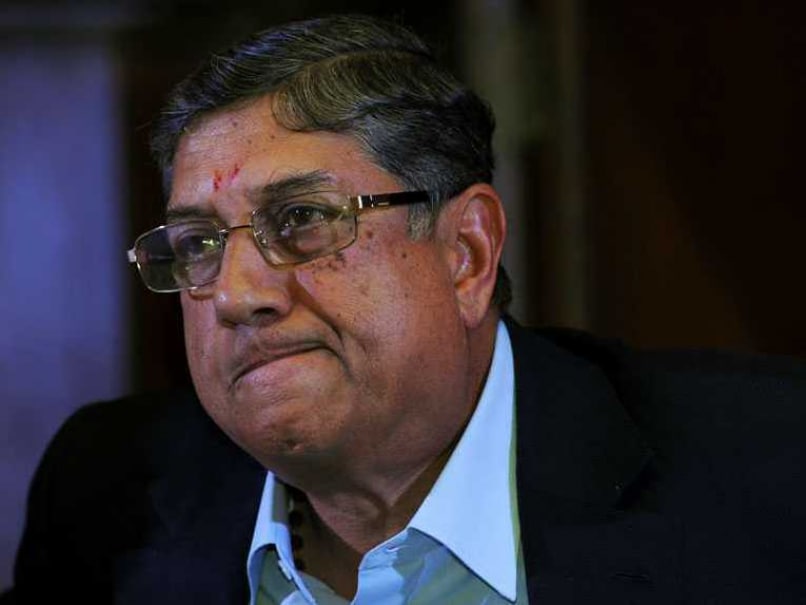 The Cricket Association of Bengal (CAB) has decided to keep their cards close to their chest as its supremo Jagmohan Dalmiya "refused to commit his support" for president-in-exile N Srinivasan and has told him that he will do so only after receiving the nod from Arun Jaitley.

Srinivasan met Dalmiya during the MAK Pataudi Memorial Lecture in Kolkata recently and sought his support as he would be nominated from the East Zone. However to Srinivasan's surprise, Dalmiya was non-committal.

"Since Dalmiya controls two votes (CAB and National Cricket Club (NCC)), Srinivasan asked him to officially sign and support his candidature. But Dalmiya said that he needs to speak to Arun Jaitley before giving him the nod. Srinivasan was slightly taken aback," a senior CAB office-bearer, who was privy to conversation told PTI on condition of anonymity.

He then explained Dalmiya's stance about remaining non-committal.

"Look, if there is an election once the legal impasse is over, 2 votes out of 31 can be crucial. That's one aspect. The second aspect is at this point of time, Dalmiya trusts and respects BJP heavyweight and Union Finance Minister Jaitley's views.

"All the institutional voters will obey his (Jaitley's) instructions. So Dalmiya wants Jaitley to tell him in as many words that he needs to support Srinivasan. Then only will he commit," the official, who is also a part of one of the BCCI sub-committees said.

"Dalmiya told Srinivasan in no uncertain terms that it was on Jaitley's recommendation that he became the interim president for a short period last year after IPL scandal broke out. He shares a very cordial relation with Jaitley and trusts his judgement", the official said.

There are unconfirmed reports that former BCCI president Sharad Pawar might throw his hat in the ring but no official word has come out directly from the veteran Maharashtra politician.

Although IS Bindra has retired from sports administration, Punjab Cricket Association is also not close to the ruling group.