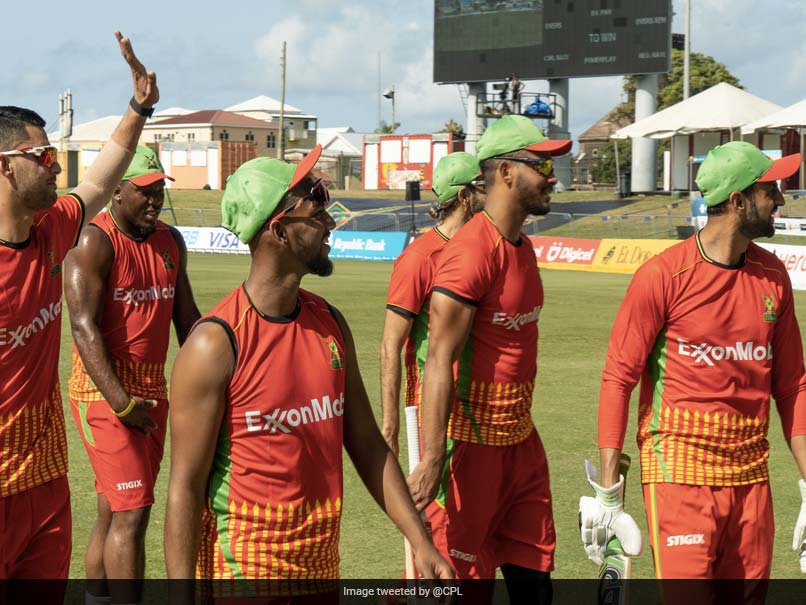 Guyana Amazon Warriors kicked off the 2021 Caribbean Premier League (CPL) with a nine-run win over defending champions Trinbago Knight Riders on Thursday. The Knight Riders won the toss and put the Amazon Warriors into bat and despite Shimron Hetmyer's half-century, they were able to restrict their opponents to 142/7. However, the Amazon Warriors produced a fine showing with the ball, taking wickets at regular intervals to get their campaign off to a winning start. The Amazon Warriors began their innings well with Chandrapaul Hemraj striking two sixes but he was sent packing by Sunil Narine.

The Amazon Warriors then sprung a surprise with the hard-hitting Odean Smith coming into bat at number three to maximise the PowerPlay overs.

Smith justified his promotion with 24 runs from 15 balls but once he fell, the Amazon Warriors innings lost impetus leaving them struggling at the halfway stage on 57/3.

When Isuru Udana removed Shoaib Malik for a laboured 2 runs from 12 balls and Akeal Hosein got rid of Mohammed Hafeez shortly afterwards it looked as if Guyana would struggle to post a competitive score.

Skipper Nicholas Pooran walked in with five overs remaining and tried to up the ante with Shimron Hetmyer but the captain then fell to a stunning catch from Darren Bravo on the boundary.

Vice-captain Hetmyer, who had anchored the innings throughout, cashed in at the death with some lusty blows to score the first half-century of CPL 2021 and ensured Guyana ended with a fighting total.

Despite losing the wickets of Lendl Simmons and Colin Munro in the PowerPlay the Knight Riders were ahead of the game at the end of the 6 overs.

The turning point came with the introduction of Imran Tahir as he removed both Sunil Narine and Bravo in quick succession and the Amazon Warriors then continued to take wickets at regular intervals.

Knight Riders soon found themselves at 78/5 after 12 overs and it went from bad to worse for the defending champs when Romario Shepherd got Kieron Pollard to nick one behind to Pooran for 2 runs.

Late hitting from Dinesh Ramdin kept the Knight Riders in the game but when he fell to a smart catch from Malik all hope was lost.

Imran Tahir Cricket
Get the latest updates on ICC Women's Cricket World Cup 2022 and IPL 2022, check out the Schedule , Live Score and IPL Points Table. Like us on Facebook or follow us on Twitter for more sports updates. You can also download the NDTV Cricket app for Android or iOS.