Suresh Raina, like many other cricketer and other athletes, took to social media to urge the people of the country to stay indoors to counter the coronavirus pandemic. 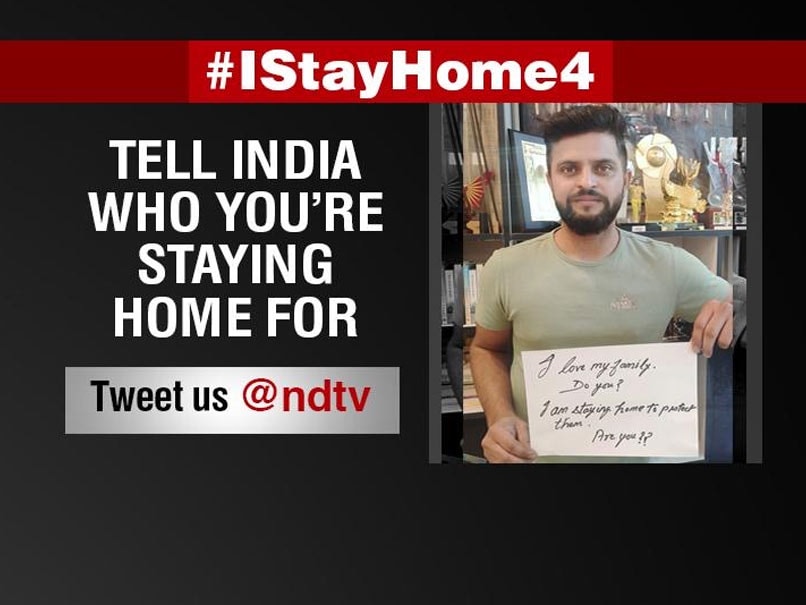 India batsman Suresh Raina, who recently became a father for the second time, participated in NDTV's #IStayHome4 campaign on Wednesday. Raina took to Twitter and posted a picture in which he can be seen holding a poster that read, "I love my family. Do you? I am staying home to protect them. Are you?". With this message, Raina urged the nation of 1.3 billion to observe a strict lockdown to avoid the spreading of coronavirus.

India went into a 21-day "total lockdown" at midnight on Tuesday, with anyone ignoring the order facing up to two years in jail and a fine.

Suresh Raina trained with his Chennai Super Kings teammates MS Dhoni, Ambati Rayudu, Piyush Chawla among others in Chennai during the first week of March before the training camp was called off due to Covid-19 pandemic.

For now, the start of the IPL has been put back from March 29 until April 15 "as a precautionary measure" over the coronavirus, the BCCI said.

Suresh Raina Cricket
Get the latest updates on India vs South Africa and check out  Schedule, Results and Live Score. Like us on Facebook or follow us on Twitter for more sports updates. You can also download the NDTV Cricket app for Android or iOS.