South African cricket team left for Dubai after spending a day in Kolkata with the Cricket Association of Bengal (CAB) taking all the necessary precautions for their safe return home amid the coronavirus pandemic. 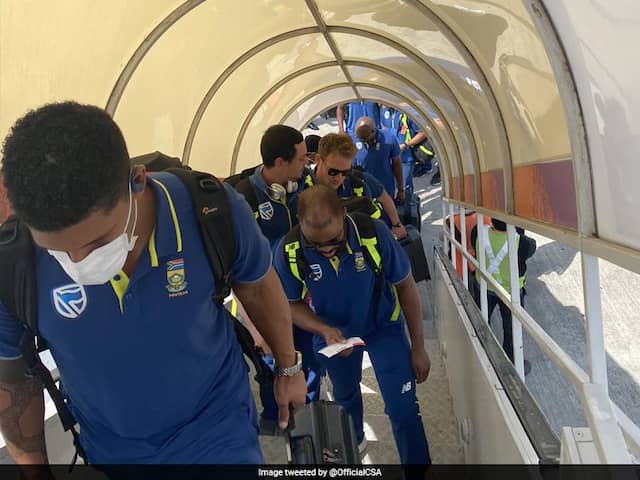 The CSA announced that it has terminated all forms of cricket.© Twitter

The South African cricket team left for Dubai on Tuesday morning after spending a day at a city hotel in the state capital with the Cricket Association of Bengal (CAB) taking all the necessary precautions for their safe return home amid the coronavirus pandemic. The Quinton de Kock-led South African side chose 'safest city' Kolkata over New Delhi after the three-match ODI series was cancelled and the players and the support staff stayed put in Lucknow where the second match was slated to be held last week. The entire contingent flew to Kolkata on Monday afternoon and was received by CAB president Avishek Dalmiya, secretary Snehasish Ganguly and joint-secretary Debabrata Das.

Kolkata is yet to record a single positive case of COVID-19.

"They have left for Dubai safely this morning. From there, they will leave for their respective destinations. They were very pleased with CAB's arrangements and precautionary measures," Avishek told IANS.

The rooms of all the players and support staff were sanitised with the CAB's liaison manager and medical team present in two rooms. All were equipped with special masks and sanitiser.

The first ODI in Dharamsala was washed out without a ball being bowled with the BCCI later calling off the remaining matches saying they would work out with Cricket South Africa to reschedule the ODI rubber.

Cricket South Africa (CSA) also announced on Monday that it has terminated all forms of cricket in the country amid the rising concerns over the coronavirus pandemic.

Meanwhile, CAB is considering closing its office for the next four days starting Tuesday much like the BCCI and the Mumbai Cricket Association (MCA) which have also shut shop as a precautionary measure.

South Africa Cricket Team
Get the latest Cricket news, check out the India cricket schedule, Cricket live score . Like us on Facebook or follow us on Twitter for more sports updates. You can also download the NDTV Cricket app for Android or iOS.