The England and Wales Cricket Board have postponed all domestic cricket until at least May 28. 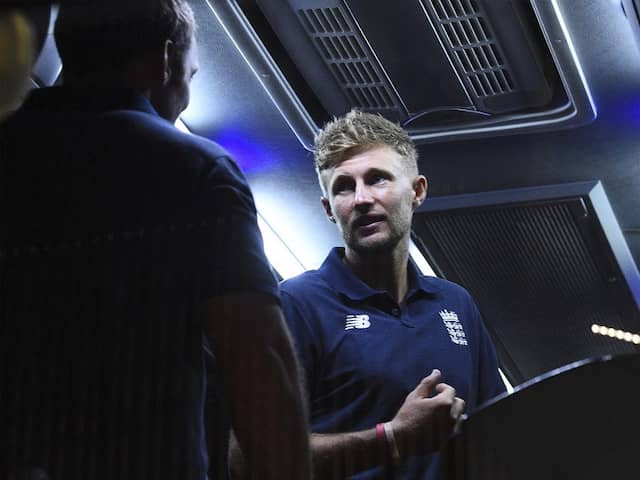 Joe Root wants to make the most of some unexpected extra time with his family.© AFP

England Test captain Joe Root wants to make the most of some unexpected extra time with his family as he urged his side to reflect on their game while cricket is put on hold due to the coronavirus pandemic. Monday should have seen Root leading England in the second Test against Sri Lanka in Colombo. But the tour was halted midway through a warm-up match on March 13, before the two-Test series had even started, in response to the COVID-19 outbreak.

The England and Wales Cricket Board have postponed all domestic cricket until at least May 28.

"Getting the chance to spend time with family at home is obviously something we don't get a huge amount of," said Root, the father of a three-year-old son, in a conference call.

"Very strange times we are living in. I think it's important that when we get our opportunities we try to help and support everyone around us and really come together like we've seen a lot of throughout the whole nation over the last couple of weeks."

While there may not be any cricket, Root's responsibilities as Test captain are still continuing as he checks on the health and well-being of his squad.

England drew the Ashes series last year before winning away to South Africa.

They are supposed to play three-Test series against both the West Indies and Pakistan in the English summer, although the future of those campaigns remains uncertain.

"Trying to get a bit of feedback as well. We now have some time on our hands to have a good assessment of where we are as a team," said Root.

"I suppose (we can) look at a few things and use this as an opportunity to really improve things and where we might want to take the team forward. There is obviously a lot going around in sport, a lot of uncertainty about when things will start again.

"I think one thing that the guys have done really well is try to stay active, stay fit, stay positive. That's been quite clear when I've called with everyone."