Cricket Ireland on Thursday announced that their home series against New Zealand and Pakistan have been postponed while the away series against England is under "active discussion". 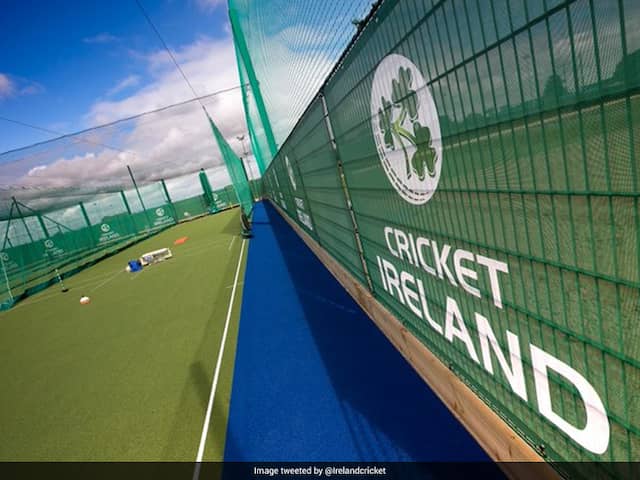 Cricket Ireland CEO said New Zealand Cricket contacted them to inform us that they could not travel.© Twitter

Cricket Ireland on Thursday announced that their home series against New Zealand and Pakistan have been postponed while the away series against England is under "active discussion". The decision was taken following a virtual board meeting on Wednesday afternoon which took place to consider a number of significant issues related to impacts on operations and events in 2020 from COVID-19.

"It had become fairly obvious following the recent series of Government announcements in the Republic and UK that the New Zealand series was not feasible. We had also said previously that the fate of some fixtures could be dependent upon decisions by the travelling team's government," Deutrom said in a statement.

"That is what has happened in this instance - we were taking the recommendation to yesterday's Board Meeting to postpone the series in any case, however, on the eve of the meeting New Zealand Cricket (NZC) contacted us to inform us that they could not travel. While of course it's disappointing for the fans in Northern Ireland who I know were looking forward to the visit of the World Cup runners-up, given the circumstances we entirely understand NZC was left with no choice but to stay at home," he added.

"These are extremely difficult times for international cricket and we feel deeply for our friends in the northern hemisphere, whose season has been so badly disrupted. I know our players, support staff and BLACKCAPS fans were very much looking forward to the upcoming visit and are disappointed this decision needed to be taken. Hopefully, in brighter and less dangerous times, we can return and play the games that have been postponed," White said.

"We fully respect and endorse Cricket Ireland's decision at this difficult time. As we have all reiterated, the safety and security of players, officials and fans comes first. It remains a challenging time for all nations that are due to be hosting home series in the coming months; we as a cricketing family will continue to rally and work closely together. The PCB stands firmly with CI in these difficult times and we look forward to revisiting Ireland again as soon as normal services resume," Khan said.