Bangladesh were due to arrive in Karachi on March 29 to play an ODI on April 1 and the second ICC World Test Championship Test from April 5. 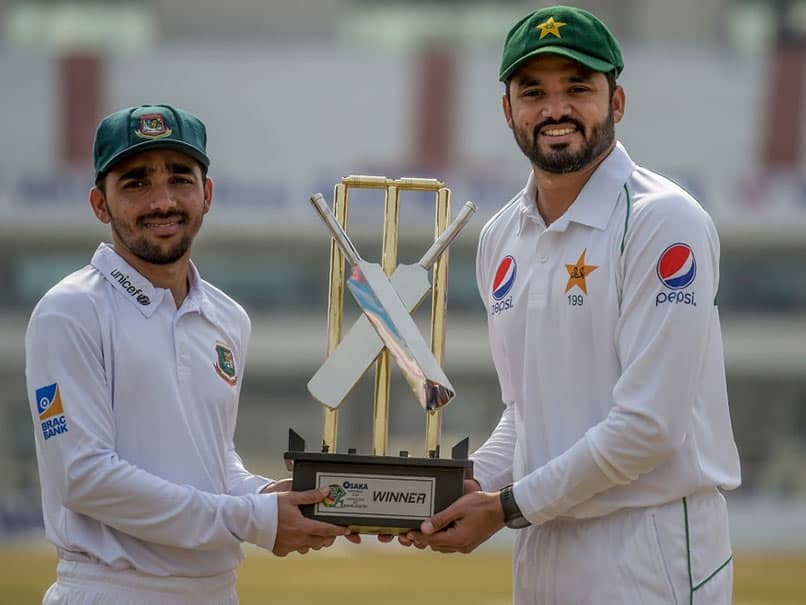 PCB has postponed the upcoming ODI and the Test match against Bangladesh.© AFP

In the wake of the coronavirus pandemic, the Pakistan Cricket Board (PCB) and Bangladesh Cricket Board (BCB) on Monday jointly decided to postpone their upcoming ODI and Test series indefinitely. The two boards will now work together to identify a future opportunity to complete the ICC World Test Championship (WTC) commitment. The first Test of the series was played in Rawalpindi from February 7-10, which Pakistan won by an innings and 44 runs.

Bangladesh were due to arrive in Karachi on March 29 to play an ODI on April 1 and the second ICC World Test Championship Test from April 5-9.

"The Bangladesh men's national cricket team was due to arrive in Karachi on March 29 to play an ODI on April 1 and the second WTC from April 5-9," PCB said in a statement.

The PCB has also indefinitely postponed the Pakistan Cup one-day tournament, which was scheduled to start from March 25.

However, the PSL semi-finals and final will be held as scheduled behind closed doors.

In the PSL 2020 semi-finals, Multan Sultans will face former champions Peshawar Zalmi while Lahore Qalandars will take on Multan Sultans in Lahore on March 17 in the other last-four match.