Royal Challengers Bangalore's Chris Gayle was announced the 'most sensational cricketer' according to this season's top players of the cricketing world based on their popularity and related risk quotient in the Indian cyberspace.

West Indian cricketer Chris Gayle was named the 'most sensational Cricketer' for the second year in a row in Indian cyberspace, with spammers using his name to lure netizens to malicious websites, according to a leading security software company. 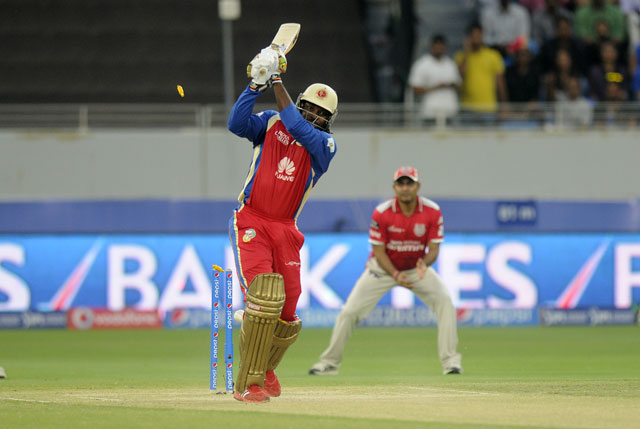 Gayle was announced the 'most sensational cricketer' according to this season's top players of the cricketing world based on their popularity and related risk quotient in the Indian cyberspace. (Read: Gayle to consult German specialist on back problem)

The study highlights the trend of cybercriminals using cricketers to take advantage of fans seeking more information about their idols. (Read: After IPL 7 failure, Gayle looks forward to 100th Test for West Indies)

"Cybercriminals often capitalise on the public's fascination with cricketers to lure them to sites laden with malware that can potentially result in identity thefts, stealing of passwords and confidential personal information," a company representative that conducted the study told PTI.

This year, searches for a cricketer's name combined with terms like 'wallpaper', 'free download', 'hot pictures', 'selfie' and 'videos' resulted in the highest instances of malicious sites, he added.

"Cricket crazy fans are highly motivated to search for photos, videos, match scores and interesting stories of their favourite cricketers online and in that moment of weakness, they are lured into clicking malicious links that could lead to transmission of malware onto their owned devices and potential compromise of data," he said.

After Gayle, the other cricketers in the top 10 list were Aussie batsman Glenn Maxwell, Virat Kohli, Caribbean spinner Sunil Narine and MS Dhoni.

Others in the list were David Miller, Yuvraj Singh, Kieron Pollard, Suresh Raina and Mitchell Starc.

Narine, Maxwell, Dhoni and Yuvraj Singh topped the list of most infected sites with the search term 'selfie', while names like Brett Lee, S Sreesanth, Dale Steyn, Kevin Pietersen, Rohit Sharma and Sachin Tendulkar dropped out of this year's list.

Also, free downloads are significantly the highest virus-prone search term and anyone searching for videos or files to download should be careful as not to unleash malware on their computer, the company representative added.