IPL 2020, KXIP vs CSK: Shane Watson came back in form playing a match-winning knock of 83 runs off 53 balls against Kings XI Punjab on Sunday. 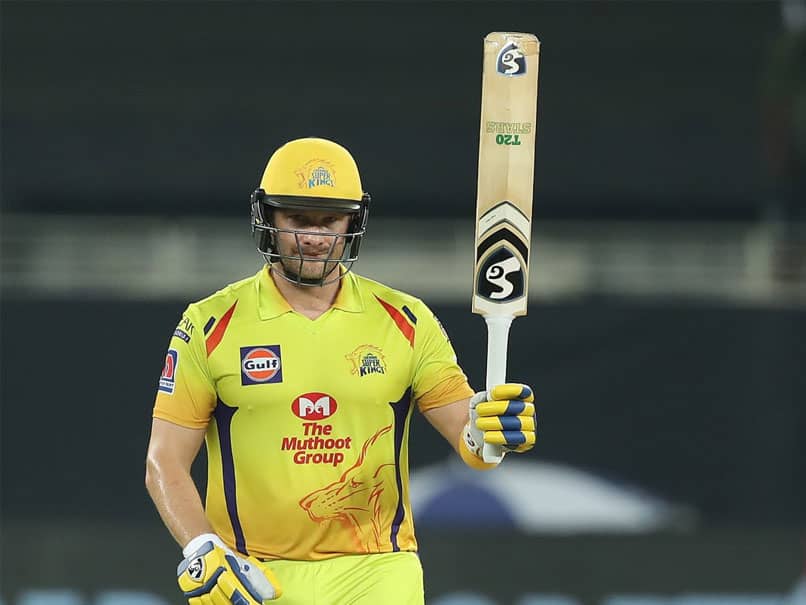 Shane Watson, going through a lean patch in the IPL 2020 prior to Sunday's game, came back in form, playing a match-winning knock of 83 runs off 53 balls against Kings XI Punjab. The Chennai Super Kings (CSK) opening duo of Watson and Faf du Plessis (87 off 53 balls) stitched an unbeaten partnership of 181 runs, giving the last season's runners-up a massive 10-wicket win over KXIP. While Watson's dominance with the bat was one of many talking points after the match, it was his prediction before the game that became viral on social media, with CSK fans sharing the screenshot of Watson's tweet in large numbers.

Watson made sure that he delivers on his "perfect game" promise and bring a smile back to all their fans who were disappointed after three straight defeats. CSK chased down the total with 14 balls to spare and also registered the second highest opening partnership in a 10-wicket win in the process.

After the game, the official Twitter handle of Indian Premier League (IPL) also shared a post praising Watson and his farsightedness and delivering on his promise.

Delighted with the win, CSK fans took to social media to praise Watson and his sublime knock. Many fans also praised skipper MS Dhoni for persisting with Watson despite a series of failures in first four matches.

We will never give up on you as you have already shown us your dedication for the team. #WhistlePodu #CSK pic.twitter.com/RSLoSZpEDj

That is the kind of confidence one gets when he has #Dhoni backing him up and believing in him.

What a spectacular innings by #Watson shut all the doubters up without making a single excuse, or if I may 'Slayed Them With His Performance'.

Me to shane Watson tonight: pic.twitter.com/CSLVIzCeK2

He fulfilled his promise watson pic.twitter.com/PHL7hpzBbP

Watson also said that coach Stephen Fleming and MS Dhoni don't lose faith in the players as easily for they know the calibre of each and every player in the squad and back them to come good when situation demands the most.

"What Fleming and MS Dhoni do, it is incredible. They trust the players, they trust the quality and calibre of their players. They know if they keep the faith, the things will certainly change," Watson told Faf du Plessis in a video uploaded on iplt20.com.

This was CSK's second win from five matches and they jumped to the sixth spot in the IPL 2020 Points Table. They will next face Kolkata Knight Riders in Abu Dhabi on October 7.

MS Dhoni Stephen Fleming IPL 2020 Cricket Kings XI Punjab vs Chennai Super Kings, Match 18
Get the latest updates on India vs Australia Series, check out the India vs Australia Schedule for 2020-21 and Ind vs Aus live score . Like us on Facebook or follow us on Twitter for more sports updates. You can also download the NDTV Cricket app for Android or iOS.