Brad Hogg suggested that players fly in to Australia via chartered flights a month earlier than scheduled and then quarantine themselves before the T20 World Cup. 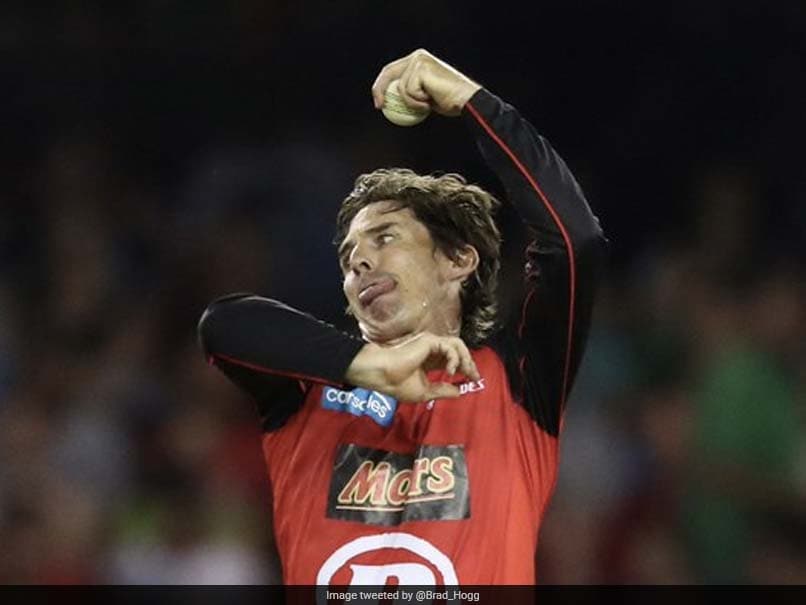 Brad Hogg said all players playing in the T20 World Cup should be tested for coronavirus.© Twitter

Former Australian spinner Brad Hogg has come up with a few suggestions about how to go ahead with the T20 World Cup this year. His suggestions come amid the coronavirus pandemic which has brought sporting action across the world to a grinding halt. The ICC Men's T20 World Cup is scheduled to take place from 18 October - 15 November 2020 in seven venues across Australia. However, Australia has opted for a six-month travel ban as a precautionary measure against COVID-19 and this has led to speculations over the hosting of the marquee ICC event.

Hogg has suggested that instead of using commercial flights, international players could come to Australia using charter flights.

He also said that the players can come in a month early to Australia to fulfill the self-isolation rules.

"We have to play the T20 World Cup as it is planned. A lot of players internationally have been in lockdown and they have not been able to go out to train. We have to get them in Australia probably a month earlier," Hogg said in a video posted on his official Twitter account.

"There are no commercial flights, so we need to use charter flights. Each participant who will board the charter flights needs to be tested for coronavirus, if they pass the test, they come to Australia. When they arrive in Australia, they will be quarantined for two weeks, and then they will be tested again. Once they pass it, they can train and play the tournament," he added.

Hogg also gave a suggestion how to beat the domestic travel ban in Australia.

"Domestic travel between states is a no-no in Australia for now, and I do not see it changing for the next six months. But here in Australia, we are lucky we have a lot of space, so let''s take West Australia for example, you can play at the Optus Stadium, take it to the out grounds, it will give a good aesthetic experience," Hogg said.

Earlier, an ICC source had confirmed to ANI that as of now no board member has asked for a change in the schedule for the upcoming T20 World Cup.

"Nothing has changed since the board meeting release and no member is asking for a date change as of now," the source told ANI.

The ICC Board had met on March 27 via teleconference to discuss the impact of the pandemic on the sport globally. The COVID-19 has taken a huge toll on sports all across the globe as it has forced the postponement of several competitions, including the 2020 Tokyo Olympics.

"In response to the ongoing coronavirus crisis, the ICC T20 World Cup 2020 Local Organising Committee is monitoring the situation closely with relevant authorities, and will continue to do so," ICC had said in a statement.

Brad Hogg Cricket
Get the latest updates on SA vs IND 2021-22, check out the Schedule and Live Score . Like us on Facebook or follow us on Twitter for more sports updates. You can also download the NDTV Cricket app for Android or iOS.