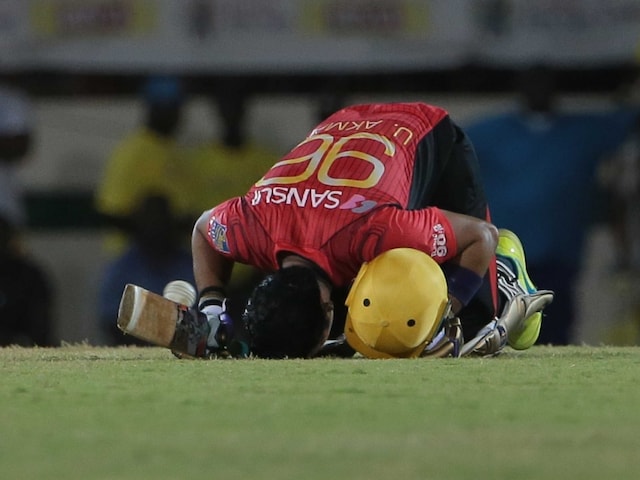 Akmal smashed an unbeaten 73 off 35 balls to rescue the Knight Riders who were deep trouble at 63 for five in 10 overs. Zouks were in good position to defend their 167 for six wickets, but Akmal's fireworks dramatically changed the script.

Akmal reached his 50 off 27 balls and singled out Jerome Taylor for some harsh treatment - hitting the retired West Indian pacer for three sixes and a four at one stage.

Comments
Topics mentioned in this article
Cricket St Lucia Zouks Umar Akmal
Get the latest Cricket news, check out the India cricket schedule, Cricket live score . Like us on Facebook or follow us on Twitter for more sports updates. You can also download the NDTV Cricket app for Android or iOS.