While cracking the US sporting marketplace is a tough ask for cricket, the Twenty20 format is likely to be the most appealing to potential cricket fans in the country 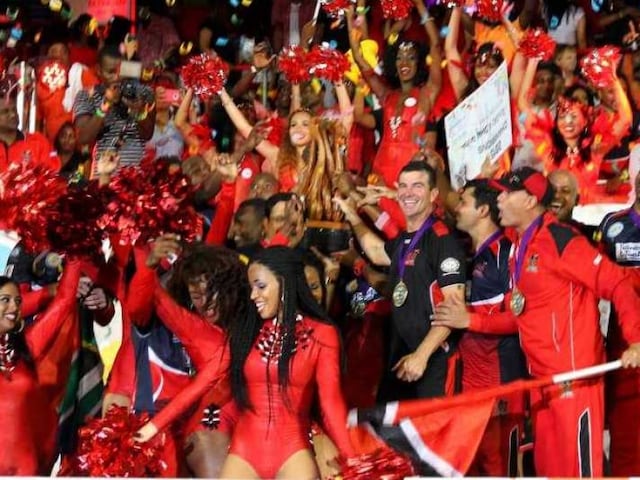 The Caribbean Premier League hopes to make a foray into the US market. (Image courtesy: CPL)

Chris Gayle and Shane Watson need no introductions in cricket-playing countries, but while they are unlikely to become household names in the U.S. anytime soon, they could help raise the sport's profile in a Twenty20 series in Florida this week.

The games are part of the Caribbean Premier League (CPL), a six-week long competition featuring six franchises from around the region. Six games are scheduled over four days at the Broward Stadium in suburban Fort Lauderdale.

While cracking the U.S. sporting marketplace is a tough ask for cricket, the Twenty20 format is likely to be the most appealing to potential U.S. fans, thanks to explosive batting and a relatively quick game time of around three hours.

The owners of the CPL hope eventually to add a couple of North American franchises to the series but right now they are focused more on making sure this week's matches are successful.

The Broward Stadium is the only ground in the United States that meets international cricket specifications, and organisers say they have invested about 1.4 million dollars to bring it up to standard, including tweaking the floodlights to point at the pitch and erecting big video screens.

They have also brought in experts to ensure the pitch is batting friendly and conducive to high scores.

"The Caribbean is a very small market, so we've always had to be creative and innovative, and we see the U.S. as a long term play, not a hit-and-run visit," CPL Chief Executive Damien O'Donohoe told Reuters.

The schedule will see night matches on Thursday and Friday, with two matches each on Saturday and Sunday beginning at noon to accommodate primetime live television coverage in India.

Organisers said the weekend games are almost sold out, with average crowds of nearly 10,000 expected.

"We want to get it right, and pack the stadium for the six games to see many of the best players in the world," O'Donohoe said.

In addition to Jamaican Gayle and Australian Watson, the games will feature several other big names such as Kieron Pollard (Trinidad), Brendan McCullum (New Zealand) and Umar Akmal (Pakistan).

Comments
Topics mentioned in this article
Cricket Chris Gayle Shane Watson St Lucia Zouks Jamaica Tallawahs Guyana Amazon Warriors Barbados Tridents
Get the latest Cricket news, check out the India cricket schedule, Cricket live score . Like us on Facebook or follow us on Twitter for more sports updates. You can also download the NDTV Cricket app for Android or iOS.