Trinbago Knight Riders defeated St Kitts and Nevis Patriots thanks to a haul of 4/13 by Dwayne Bravo while St Lucia Zouks defeated Jamaica Tallwahs for the second consecutive time. 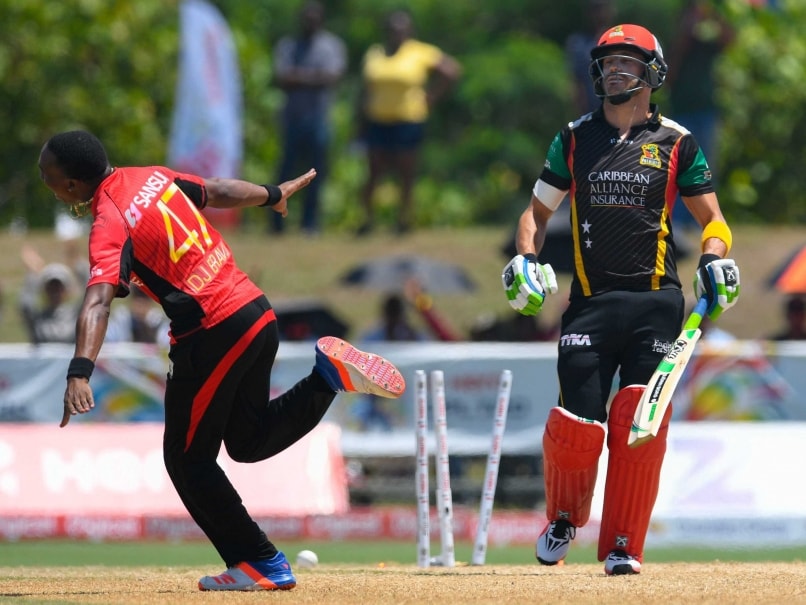 St Kitts never recovered from Bravo's twin strikes early as they lost Ewin Lewis and Faf du Plessis cheaply. It took a 44-run stand between Lendl Simmons and Jonathan Carter and a 54-run stand with Shamarh Brooks to give St Kitts some respectability. Simmons went on to score an unbeaten 60 as St Kitts ended up on 137/6.

In response, Trinbago lost Hashim Amla (6) cheaply but William Perkins and Ramdin put the game firmly in Trinbago's control. Ramdin notched up a fifty while Brendon McCullum sealed the game with some big hits as he smashed 43 off 38 balls to give his team victory with three overs to spare

St Lucia Zouks Get the Better of Jamaica Tallawahs Again

St Lucia Zouks once again prevailed over Jamaica Tallawahs in a high-scoring game as Chris Gayle's side suffered a 17-run loss. However, Jamaica ended up in second position on the table despite the loss while St Lucia finished in third spot.

Jamaica Tallawahs once again chose to bowl and like the previous match, Andre Fletcher and Johnson Charles once again punished them. Both Fletcher (70) and Charles (64) strung together a 104-run stand and the innings ended in a flourish with Shane Watson smashing 42 off 17 balls, including five sixes as St Lucia Zouks finished on 194/3.

Gayle threatened to take the game away with a blazing 30 off 15 balls but once Watson dismissed him, the rest of the innings struggled to keep the momentum going. All the St Lucia Zouks bowlers chipped in, with Shane Shillingford picking up 2/30 as Jamaica Tallawahs fell short by 17 runs.

Comments
Topics mentioned in this article
Chris Gayle Dwayne Bravo Johnson Charles Andre Fletcher Jamaica Tallawahs St Lucia Zouks Cricket
Get the latest updates on Fifa Worldcup 2022 and check out  Fifa World Cup Schedule, Stats and Live Cricket Score. Like us on Facebook or follow us on Twitter for more sports updates. You can also download the NDTV Cricket app for Android or iOS.