Wicketkeeper-batter Jimmy Peirson dodged a massive bullet on Monday after Australian all-rounder Cameron Green took out his helmet with a 'vicious' short-ball during a Marsh Cup One-Day game between Queensland Bulls and Western Australia (WA) at the Gabba in Brisbane. 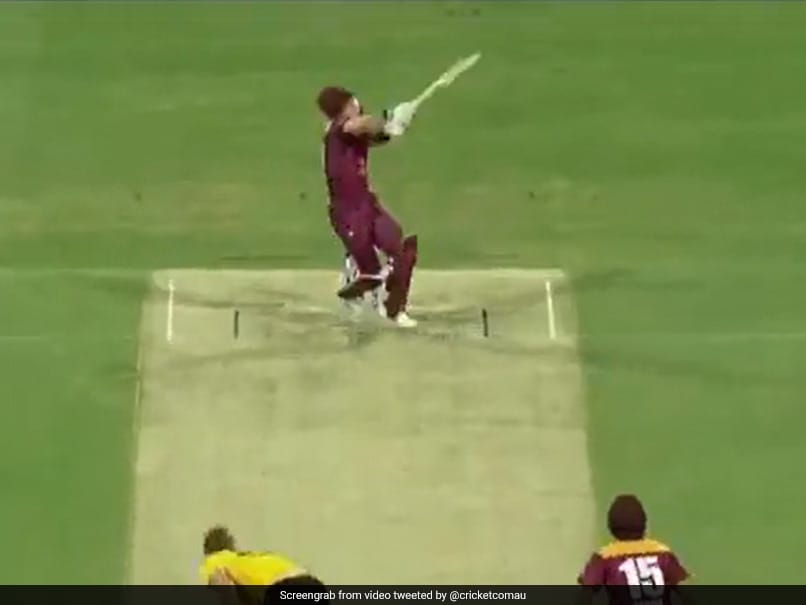 Wicketkeeper-batter Jimmy Peirson dodged a massive bullet on Monday after Australian all-rounder Cameron Green took out his helmet with a 'vicious' short-ball during a Marsh Cup One-Day game between Queensland Bulls and Western Australia (WA) at the Gabba in Brisbane. The incident took place during the 28th over of the Queensland innings. After copping a blow on his helmet, Peirson was assessed by the doctor and physio for a potential concussion.

After hitting Peirson on the helmet, Green was quick to apologise to the wicketkeeper-batter. Other players including Australia's Test star Joe Burns, who was at the non-striker's end, also came to check on his teammate.

Luckily for Peirson, who was batting on 12 at that time, the doctor and physio allowed him to continue. He went on to smash a brilliant half-century, despite his team ending on the losing side.

WA piled-up a massive total of 361/3 on the back of Cameron Bancroft's unbeaten 124 off just 104 balls. Openers Joshua Philippe (45 off 49) and Nick Robson had given WA a decent start, adding 74 runs for the first wicket.

After that, Bancroft, who is eyeing a place in Australia's Ashes squad, anchored the innings before Green and Aston Turner also impressed with knocks of 70 and 71*, respectively.

For the Bulls, James Bazley took 2 for 73 while Matthew Kuhnemann took the other scalp.

Chasing a target of 362, Queensland were bowled out for 291 as WA won the game by 70 runs. The Bulls top four batters, including Test star Marnus Labuschagne, couldn't conjure much and were dismissed cheaply.

Burns (73 off 74) and Peirson (62 off 50) did put on a resilient fight as the pair added 124 runs for the fifth wicket before both were dismissed in quick successions by Andrew Tye.

Brisbane Cricket Ground (Woolloongabba), Brisbane Cricket The Ashes, 2021/22
Get the latest updates on IPL Auction 2023 and check out  IPL 2023 and Live Cricket Score. Like us on Facebook or follow us on Twitter for more sports updates. You can also download the NDTV Cricket app for Android or iOS.