Brendon McCullum said he neither sees the T20 World Cup happening without the stadium fans nor does he believe that teams from 16 nations will be able to travel to Australia in the wake of the pandemic. 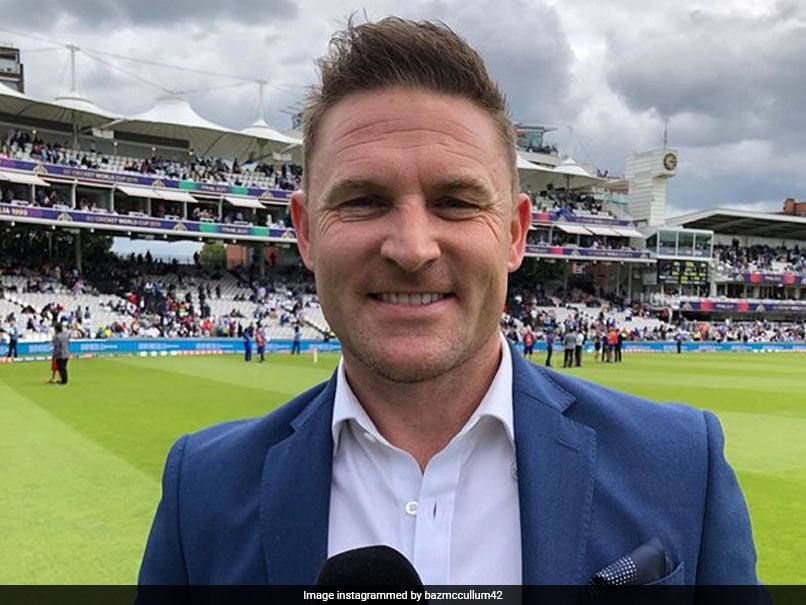 Brendon McCullum advocated for this year's T20 World Cup to be postponed to early next year.© Instagram

Former New Zealand skipper Brendon McCullumon Wednesday advocated for this year's T20 World Cup to be postponed to early next year, saying the currently-suspended IPL should take the mega-event's slot. The COVID-19 pandemic has halted all global sporting activities, jeopardising the T20 World Cup, scheduled in Australia from October 18-November 15, and also "indefinitely" suspending the 13th IPL, which was slated to begin on March 29.

"I think the IPL will try and target that October window and the T20 World Cup will get pushed back," McCullum, the coach of IPL side Kolkata Knight Riders, told 'Sky Cricket Podcast'.

There is also the women's ODI World Cup scheduled in New Zealand in February, 2021.

"That may mean the Women's World Cup gets pushed back but hopefully we get to see all three tournaments operate."

McCullum said he neither sees the T20 World Cuphappening without the stadium fans nor does he believe that teams from 16 nations will be able to travel to Australia in the wake of the pandemic, which has infected more than 20 lakh people globally. If IPL doesn't happen, none of the players or support staff get paid.

The ICC's Chief Executives Committee (CEC) is set to meet on Thursdayto discuss the financial implications of COVID-19 and also the contingency planning for all ICC global events, including the T20 World Cup, over a conference call.

"For Australia to move 16 international teams plus all of their support staff and then broadcasters, seems a bridge too far. I can't see them playing the T20 World Cup behind closed doors either," McCullum said.

"There may be a window a bit later in the new year of 2021 which could then open up a window for the IPL (in October and November). You'd have to move some overseas players for the IPL but with the broadcasters based in India, it is a lot easier to pull it all together.

"The ICC and world cricket need crowds to operate but India can probably sustain things commercially behind closed doors because they are going to get so many eyeballs."

Former New Zealand seamer Simon Doull, who joined McCullum and Ian Smith on the podcast, also believes spectators will be important to get the revenues flowing from the T20 World Cup.

"A lot of the ICC's revenue for down the track comes from the World Cups so they want as many people in the stands as possible," he said.

"They would hate to see a T20 World Cup under lockdown where no one could go and watch and the atmosphere would probably be a little bit less."

"How important is the T20 World Cup? That the first question from an ICC point of view," he said.

"Is it important enough to have private jets out of each county with cricket teams on them, two weeks in quarantine in Australia and then the tournament taking place, whether there are fans in the stands or not? Is it that important?".

Brendon McCullum IPL 2020 Cricket ICC T20 World Cup 2021
Get the latest updates on Fifa Worldcup 2022 and check out  Fifa World Cup Schedule, Stats and Live Cricket Score. Like us on Facebook or follow us on Twitter for more sports updates. You can also download the NDTV Cricket app for Android or iOS.