Pink ball will be used in a historic day-night Test between Australia and New Zealand next month. 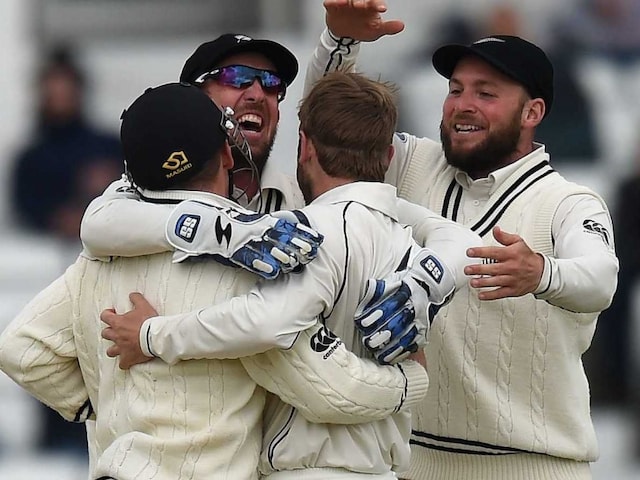 BJ Watling said the pink Kookaburra looked "very bright" under lights at Hamilton's Seddon Oval but it was too early to tell how it would play during match conditions at Adelaide Oval on November 27.© AFP
Wellington:

New Zealand wicketkeeper BJ Watling has responded enthusiastically to his first workout with the revolutionary pink ball that will be used in a historic day-night Test against Australia next month.

Watling said the pink Kookaburra looked "very bright" under lights at Hamilton's Seddon Oval but it was too early to tell how it would play during match conditions at Adelaide Oval on November 27.

"It was very bright, you could see the ball quite easily," he told reporters after the New Zealanders completed their first training session with the ball late Wednesday.

"It felt pretty similar to what a white ball does in a black sky, you sort of lose a bit of depth perception, especially at night." (Also Read: Chris Cairns 'Lied, Threatened Lou Vincent With Bat', Court Hears)

The pink ball was developed to be more visible to players under lights than the traditional red one, allowing Test matches to be played late into the night for the first time.

Cricket Australia has pushed the concept, believing the first day-night match in Test cricket's 138-year history will boost television audiences and usher in a lucrative new era for the five-day game.

A survey of New Zealand's top players earlier this year found most senior Black Caps were sceptical about taking part in an experiment they feared could "devalue" the Adelaide Test.

But with the fixture now locked in, Watling said the players were looking forward to the challenge.

"We're still reasonably upbeat about it, it's a new challenge and something for the boys to look forward to," he said. (Mark Waugh Says Australia's Test Team Will be Boosted By Experience for New Zealand Series)

"The boys are pretty fizzed... we're looking forward to what's going to be quite a big occasion at Adelaide."

Watling said the Black Caps initially concentrated on throwing drills and noticed some movement in the ball, although how much would not be clear until the bowlers put it through its paces in the next few days.

"It did look like it swung a bit, (had) a little bit of wobble, but Adelaide will be a different temperature, so I don't know how that will affect it," he said.

Comments
Topics mentioned in this article
New Zealand Cricket Team Australia Cricket Team Bradley Watling Cricket
Get the latest Cricket news, check out the India cricket schedule, Cricket live score . Like us on Facebook or follow us on Twitter for more sports updates. You can also download the NDTV Cricket app for Android or iOS.