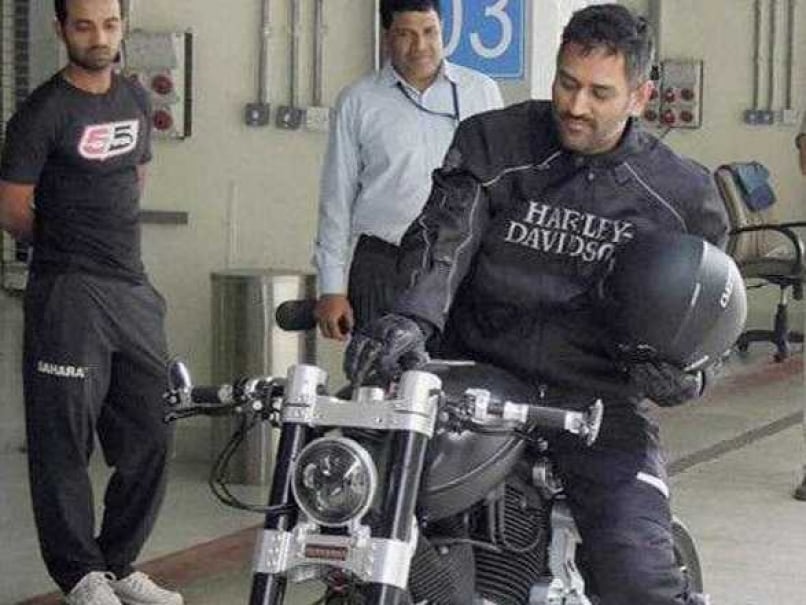 MS Dhoni was engaged in a twitter battle with Darren Gough over which bike was better. (Image Credit: MS Dhoni Twitter)

It is a known fact that Mahendra Singh Dhoni is an avid biker. His knowledge of cars and bikes is well-documented. His collection of all the latest and up-to-date bike models makes any bike and car fan envious.

Dhoni outlined his love for bikes on twitter recently and this drew the attention of former England fast bowler Darren Gough. Their twitter battle veered from the hilarious to the informative. Here is the twitter conversation between Dhoni and Gough

How many of u agree this was 1of the most exciting 2stroke single cylinder bikes to ride,need to restore mine quickly pic.twitter.com/pdRytfwnzx

@msdhoni not as good as this pic.twitter.com/1dhJuwy33d

@msdhoni haha It's a close one ! My @DucatiUK v your Harley

Comments
Topics mentioned in this article
MS Dhoni Darren Gough Cricket
Get the latest updates on T20 World Cup, check out the T20 World Cup Schedule and Live Score . Like us on Facebook or follow us on Twitter for more sports updates. You can also download the NDTV Cricket app for Android or iOS.