Just two years on from attaining his highest world ranking of 17, Tomic is currently 168th, with Davis Cup captain Lleyton Hewitt saying Monday he was doubtful the Australian would ever play for the team again. 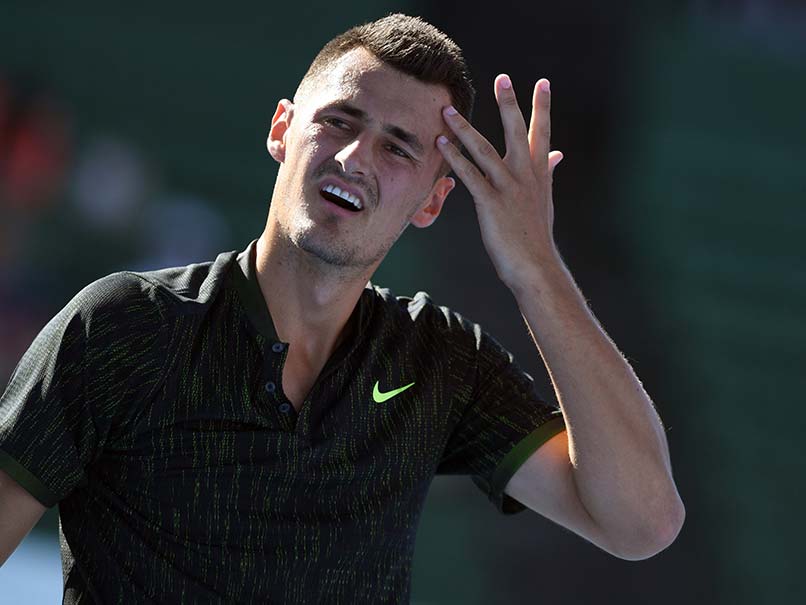 Bernard Tomic has been pilloried for his poor attitude during a season to forget in 2017.© AFP

Australian tennis bad boy Bernard Tomic said he had a "huge wake-up call" after taking part in a reality TV show, leaving the programme early to return to the sporting world. Tomic, 25, has been pilloried for his poor attitude during a season to forget in 2017 where he admitted he was bored, and earlier this month missed out on the Australian Open after losing in the qualifiers. He then took part in commercial broadcaster Channel Ten's reality show "I'm a Celebrity ... Get Me Out of Here!", held in South Africa, but pulled out after just three days.

"I don't want to spend half my time depressed here and thinking about how I played the last year and where I should be," Tomic said on the programme aired late Tuesday as he explained his departure to other participants.

"And me being here with my thoughts now has just gave me a huge wake-up call ... I need to be competing and playing in what I do best and that's why I've decided to leave."

Tomic blamed himself for his situation over the past year, saying he was not focused.

Just two years on from attaining his highest world ranking of 17, Tomic is currently 168th, with Davis Cup captain Lleyton Hewitt saying Monday he was doubtful the Australian would ever play for the team again.

Tomic's exit from the show garnered little sympathy from other Australian professional sportsmen, who took to Twitter to slam his actions, including neglecting a charity he had supported which helps sick children.

"Ya got millions Tomic so while your (sic) busy counting it all when you get back home how's bout you donate 10k to your charity that have missed out on much needed $$$," retired Australian rules footballer Dane Swan tweeted.

"Spin off - The Biggest Loser has announced contestant Bernie! Can they help get his career back on track.....??? The suspense!"

"Simply just a kid that's battling some form of depression and happens to be good at tennis," she wrote.

Comments
Topics mentioned in this article
Bernard Tomic Lleyton Hewitt Tennis Cricket
Get the latest updates on IPL 2021, check out the IPL 2021 Schedule and Indian Premier League Live Score . Like us on Facebook or follow us on Twitter for more sports updates. You can also download the NDTV Cricket app for Android or iOS.