Bermuda's Jason Anderson has been handed a life ban from all cricket after he was involved in an ugly brawl during a domestic cricket match. 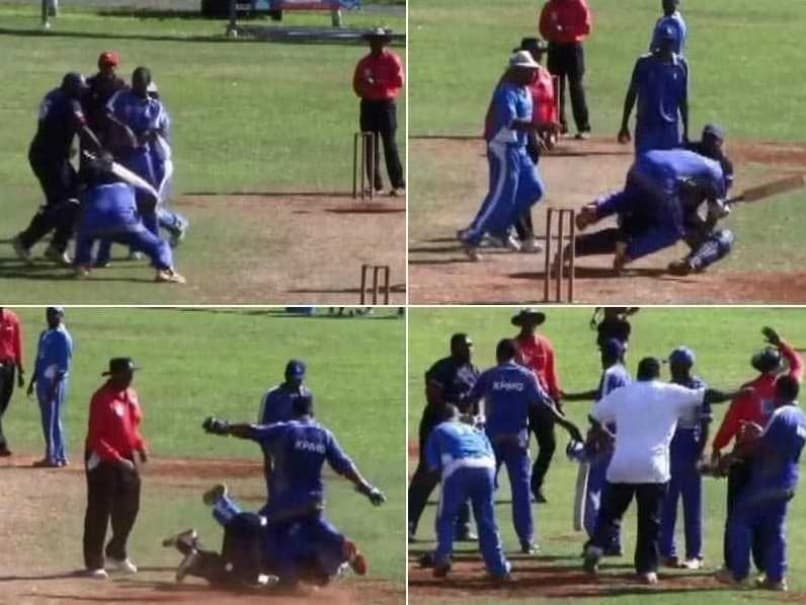 Sledges and intense arguments on the cricketing field are a regular occurrence. Players who have a go at each other test the laws and spirit of the game on multiple occasions. A physical fight on the cricketing field is a rarity. However, in a domestic game in Bermuda, an ugly brawl was witnessed, which led to one of the players getting a life-ban from the game. (Watch the incident here)

Anderson, who has played nine List-A games for Bermuda and five Twenty20 games, was wicketkeeping when the incident took place. In between overs, he was remonstrating with O'Brien and it was at that point that both were involved in a tussle. The batsman swung his bat at Anderson and both players wrestled each other to the ground.

Players, officials and even members of the Bermuda Police Service moved to diffuse the situation. Anderson, who represented Cleveland County Cricket Club, was asked to leave the field by the club president Carlton Smith. The match resumed after the incident and Cleveland County won the match by 72 runs.

The Bermuda Cricket Board reviewed the video footage and found Anderson guilty of a Level 4 Breach of the Code of Conduct. He was handed a life-ban from any involvement in cricket in Bermuda. O'Brien, who was charged with a Level 3 Breach of Conduct, was handed a six-month ban from all cricket.

In an interview to the Royal Gazette, Cleveland County skipper Allan Douglas could not pinpoint the reason as to why the incident took place.

"I think a little bit of frustration built up by Jason, dropping a catch and missing a stumping, but I don't know what was said between George and Jason because I was at the other end of the wicket (bowling)," Douglas said.

The Cleveland County Cricket Club also took action and banned Anderson for life. They stated that they were willing to help the player sort out his temperament issues.

Comments
Topics mentioned in this article
BER Cricket
Get the latest updates on T20 World Cup, check out the T20 World Cup Schedule and Live Score . Like us on Facebook or follow us on Twitter for more sports updates. You can also download the NDTV Cricket app for Android or iOS.