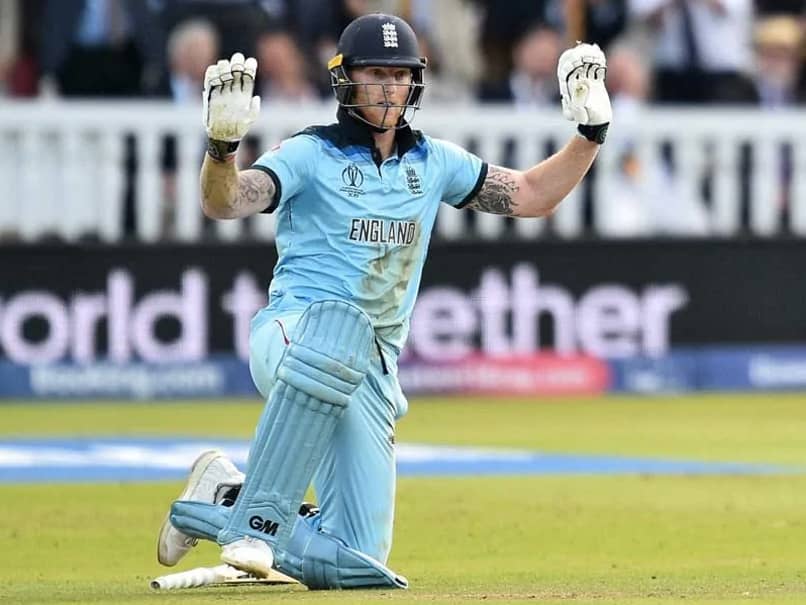 British Prime Minister Boris Johnson made a televised address on Sunday, announcing that the country's coronavirus lockdown will stay in place until at least June 1. He unveiled a phased plan to ease the lockdown, with schools and shops in the country to begin opening from June 1 -- as long as infection rates stay low. Reacting to Boris Johnson's speech, England's World Cup winning hero Ben Stokes was all praise for the British PM's address. "I felt like I was in the room and he was talking to me...what a brilliant speech @BorisJohnson well done," tweeted the England cricket star.

I felt like I was in the room and he was talking to me...what a brilliant speech @BorisJohnson well done

While many who were in agreement with Stokes, others decided to poke fun at the cricketer for his comments by posting some hilarious memes.

You've got to be joking. pic.twitter.com/D1CNVzw4qK

On ya go Ben.... Get your knighthood pic.twitter.com/WJPKX3wLYS

Not much going on inside your head is there pic.twitter.com/RVwlBWurxf

Almost seven weeks after a nationwide stay-at-home order was put in place, more than 31,800 have died during the outbreak in Britain -- the worst toll in Europe and second only to the United States.

"This is not the time simply to end the lockdown this week," the 55-year-old Johnson said, but unveiled a "conditional plan" to ease the measures in the months ahead.

"If there are outbreaks, if there are problems, we will not hesitate to put on the brakes," Johnson said.

"We have been through the initial peak, but it is coming down the mountain that is often more dangerous."

The coronavirus pandemic has wreaked havoc on the sporting calendar. Cricket too has been severely hit with doubts beginning to increase over the T20 World Cup, scheduled for later this year in Australia.

With Britain currently in lockdown because of the coronavirus, a three-Test series against the West Indies scheduled for June has been postponed, with Pakistan due to visit later in a season whose start has now been delayed until July 1 at the earliest.

The English season has been delayed until at least July 1 and matches after that likely to be played behind closed doors. ECB's new venture, The Hundred was recently postponed until 2021 because of the pandemic.

Ben Stokes Cricket
Get the latest updates on IPL 2020, check out the IPL Schedule for 2020 and Indian Premier League (IPL) Cricket live score . Like us on Facebook or follow us on Twitter for more sports updates. You can also download the NDTV Cricket app for Android or iOS.