Sourav Ganguly's unbeaten 53 went in vain as his team lost by 28 runs. 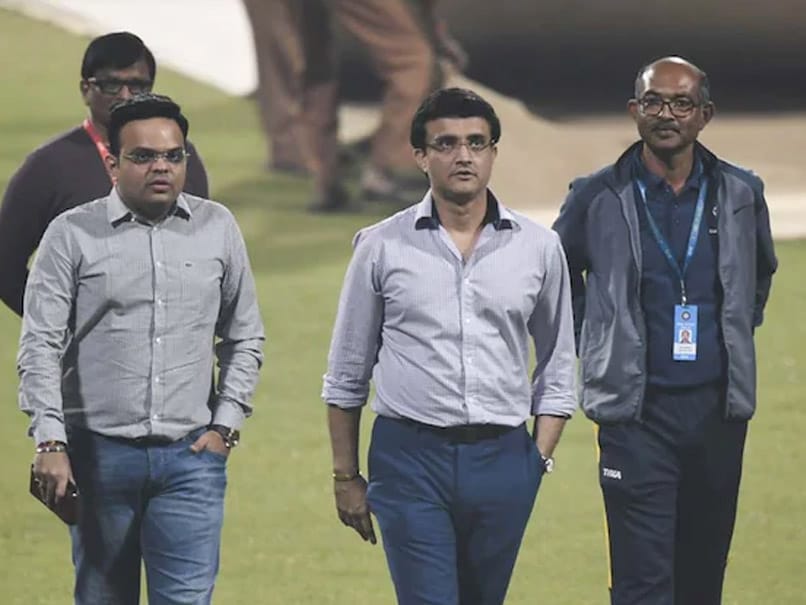 A day before the all-important Board of Control for Cricket in India's (BCCI) 89th Annual General Meeting, board members played out a friendly match at the Motera Stadium in Ahmedabad. The fun outing saw the Secretary XI -- led by Jay Shah -- beat the President XI -- led by Sourav Ganguly. The Secretary XI batted first with the side scoring 128/3 in the allotted 12 overs. While Jaydev Shah top-scored with an unbeaten 38, Mohammad Azharuddin opened the batting and retired hurt after hitting a 22-ball 37 (seven boundaries). Former BCCI treasurer Anirudh Chaudhry hit an unbeaten 10 off 7 balls that included a six. Chasing the target, Sourav Ganguly led from the front with an unbeaten 53, but his team failed to chase down the total and fell short by 28 runs. Secretary Jay Shah was the star of the show with the ball for his team as he finished with figures of 2/39. He could have had a third, but Ganguly's catch was dropped off his bowling.

Coming back to the AGM, the introduction of two new teams in the IPL and cricket's inclusion in the Olympics are the two major points of discussion from among the 23 points on the agenda.

While Rajeev Shukla will take over as the vice president, Brijesh Patel is set to continue as the IPL chairman. Tax issues related to the ICC is also a part of the 23-point agenda and is expected to be discussed in detail, as India is set to host the 2021 T20 World Cup as well as the 2023 50-over World Cup. Discussions with relation to the FTP may also see talks around the fate of the women's team as they haven't played any international game since the T20 World Cup in Australia.

While there have also been discussions on how some of the state associations aren't too pleased with talks of conflict of interest around president Sourav Ganguly, it will be interesting to see if the matter actually comes up for discussion on the floor.

Domestic cricket might also come up for some discussion as the BCCI prepares itself to host the Syed Mushtaq Ali T20 trophy. The T20 tournament is set to be played from January 10 and while it will be the first domestic competition to be played in the country in the post-coronavirus era, the board members might discuss how to remunerate the domestic players as a full-season is next to impossible at present.

Comments
Topics mentioned in this article
Sourav Ganguly Mohammad Azharuddin Cricket
Get the latest updates on ICC T20 Worldcup 2022, check out the Schedule and Live Score. Like us on Facebook or follow us on Twitter for more sports updates. You can also download the NDTV Cricket app for Android or iOS.