Gulam Bodi, who has been banned for 20 years for fixing by Cricket South Africa, still faces criminal charges under the country's anti-corruption laws 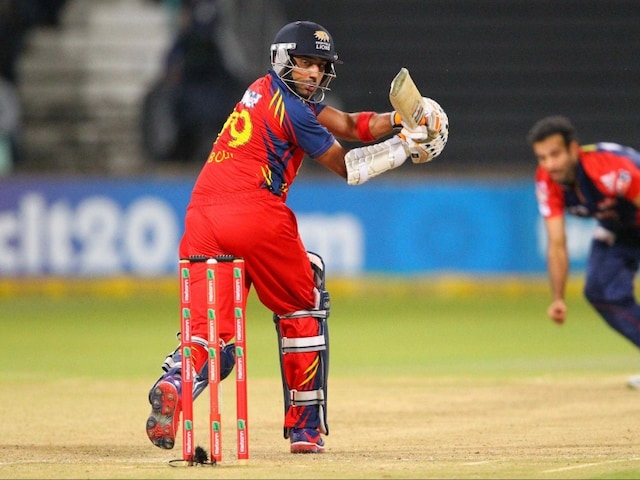 Commentators here have been largely critical of the 20-year ban on the Indian-ori admitted charges of contriving or attempting to fix matches in the 2015 RAM SLAM T20 Challenge Series, the only domestic series broadcast live across the globe.

Bodi was charged with several counts of contriving or attempting to fix matches on December 31 last year following an investigation conducted by CSA's Anti-Corruption and Security Unit.

Under the provisions of the Anti-Corruption Code for Personnel, Bodi had until January 18 to respond to the charges.

The former Proteas player admitted guilt which led to CSA banning him for a period of 20 years from participating in, or being involved in any capacity in, any international or domestic match or any other kind of function, event or activity (other than authorised anti-corruption education or rehabilitation programmes) that is authorised, organised, sanctioned, recognised or supported in any way by CSA, the ICC, a National Cricket Federation or any member of a National Cricket Federation.

Five of those years are suspended on condition that Bodi commits no further offences under the Code and demonstrates to CSA's reasonable satisfaction that he has actively and constructively participated in corruption-related player education programmes when asked to do so.

But commentators here felt that the admission of guilt by Bodi was a ploy to protect the player from criminal prosecution which could lead to large fines or even a jail sentence if he is convicted.

"The decision by Bodi to cooperate in the continuing investigation by CSA and the ICC might be a kind of tactic on his part to avoid criminal prosecution by showing some level of remorse," said a former teammate and friend of Bodi on condition of anonymity.

"In any event, Bodi's career was already on the decline and all he might have found in coming years is a coaching job at school or club level," the player said.

"Of late, with a family to feed and no serious income from playing cricket, Bodi had resorted to trying to sell real estate abroad, including Dubai and India as an agent, which might have put him in contact with the match-fixing cartels there," added the friend.

There was also concern that the focus on Bodi alone would draw attention away from the investigation of other players who may have been involved in Bodi's plans to fix matches. There were reports that even players who had been approached by Bodi but declined his offer and did not report this could be charged with not complying with CSA requirements.

But CSA chief executive Haroon Lorgat confirmed that the investigation would continue, although both CSA and the ICC would not comment any further on the matter.

There was also no comment from the Hawks, the specialist unit of the South African police that investigates serious commercial crime, including match-fixing allegations.

Comments
Topics mentioned in this article
Gulam Bodi Cricket
Get the latest Cricket news, check out the India cricket schedule, Cricket live score . Like us on Facebook or follow us on Twitter for more sports updates. You can also download the NDTV Cricket app for Android or iOS.