Al-Amin Hossain, who was kicked out of the Bangladesh team during the 2015 World Cup for breaking the team curfew, has been recalled into the side for the series against Zimbabwe. 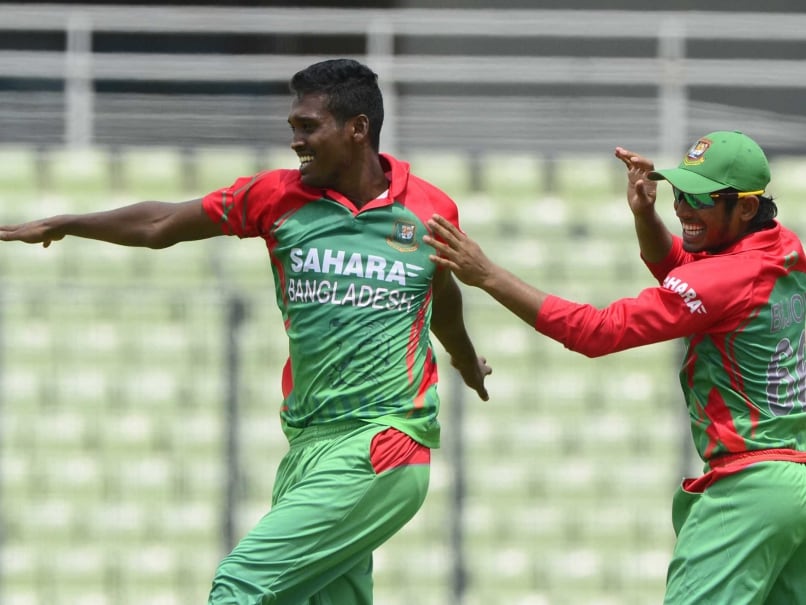 Al-Amin Hossain was booted out of the Bangladesh team during the 2015 World Cup for breaking the team curfew.© AFP
Dhaka:

Al-Amin has not played any matches for Bangladesh since he was kicked out of the World Cup in Australia and New Zealand earlier this year for breaking a team curfew.

The 25-year-old replaced paceman Rubel Hossain, who was ruled out of the upcoming series with a calf injury.

Zimbabwe arrive on Monday to play three ODIs and two Twenty20 internationals in a tour originally scheduled for January, 2016.

Paceman Kamrul Islam is the only uncapped player in the squad, and replaces fast bowler Taskin Ahmed who was deemed unfit to play.

Taskin missed the third one-day international against India in June and the subsequent three-match ODI series against South Africa in July.

He returned to training this week but national chief selector Faruque Ahmed said he was still unfit for international cricket.

"Both Al-Amin and Kamrul bowled well in the national cricket leagues. Al-Amin in particular did a very good job in the Bangladesh A team's tour of India and South Africa," Ahmed told AFP.

He said top-order batsman Anamul Haque, who was included in the squad for the South Africa series but did not play, has also been left out.

The three ODIs will be held in Dhaka's Sher-e-Bangla National Stadium on November 7, 9 and 11 and the two T20Is on November 13 and 15.

Comments
Topics mentioned in this article
Zimbabwe Cricket Team Bangladesh Cricket Team Al-Amin Hossain Cricket
Get the latest updates on SA vs IND 2021-22, check out the Schedule and Live Score . Like us on Facebook or follow us on Twitter for more sports updates. You can also download the NDTV Cricket app for Android or iOS.