Bangladesh has witnessed an upward curve in their performance in recent times, reaching the quarterfinals of the World Cup in Australia and New Zealand in March. They then whitewashed sub-continental rivals Pakistan in a three-match One-Day International (ODI) series and also won the only Twenty20 International. 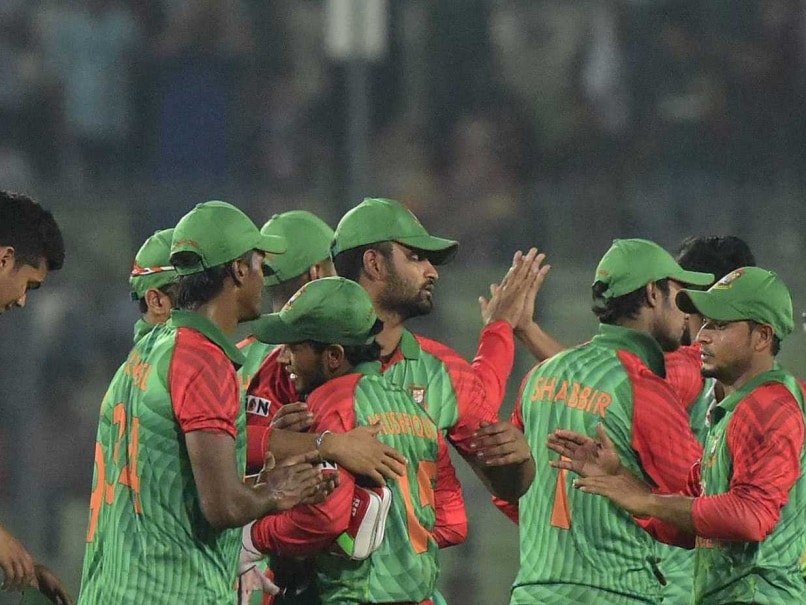 Bangladesh opener Anamul Haque has welcomed the healthy competition among squad members for a place in the playing 11, insisting it will only enhance the performance of their cricket team. (Bangladesh Skipper Mashrafe Mortaza Happy That India Are Sending Full-Strength Teams)

Bangladesh has witnessed an upward curve in their performance in recent times, reaching the quarterfinals of the World Cup in Australia and New Zealand in March. They lost against India in their maiden last-eight appearance at the marquee tournament.

They then whitewashed sub-continental rivals Pakistan in a three-match One-Day International (ODI) series and also won the only Twenty20 International. They lost the two-match Test series 0-1 but not before putting up a strong fight.

"I am really glad to see the team doing so well. There is a lot of competition for places, which is really great. It is exciting for me to see how our team has matured over the last few months. I am looking forward to contribute with my skills and help maintain the great work that we are doing as a team," Haque was quoted as saying by the Bangladesh Cricket Board (BCB) website on Thursday.

Haque was sidelined with a dislocated shoulder against Scotland after featuring in his team's first three World Cup matches. Since then, he has proved his match fitness, appearing for his zonal team, scoring heavily in domestic circuit to earn a place in the squad for India series.

Bangladesh will take on India at home in three ODIs and a solitary Test.

His absence from the team enabled rivals like Soumya Sarkar put up impressive performances in the top order against Pakistan, which saw him drop in the pecking order to be Tamim Iqbal's opening partner. He now has to fight with the likes of Sarkar, Imrul Kayes, Rony Talukdar and Liton Kumar for the only spot up for grabs.

On his recovery process, he said, "It was really a tough time for me on a personal note but I was really excited to see my teammates doing so well in the World Cup and also in the series against Pakistan. We are a confident bunch at the moment and will look to carry on with the momentum that we have gathered."

India declared a full-strength side for the series handing a Test comeback to veteran off-spinner Harbhajan Singh, ending his two-year exile from international cricket. Anamul said he was unfazed at the prospect of facing a formidable Indian team.

"We are focusing on our game and what we want to do. Truth be told, it did not matter which sort of side India would send because we are preparing to fight against any given opponent," he said.

"But it obviously would be an exciting series no doubt, especially after what happened in the World Cup quarterfinal. The amount of hype created after that match in all social media will make this series really exciting for the fans."

Anamul said he is confident of putting up a good show, which would go a long way in cementing his place in the team.

"I would love to win a match or two for my country and I am confident of putting up a worthy performance which will make me and my team proud," he concluded.

Comments
Topics mentioned in this article
Bangladesh Cricket Team Anamul Haque Cricket
Get the latest updates on IPL Auction 2023 and check out  IPL 2023 and Live Cricket Score. Like us on Facebook or follow us on Twitter for more sports updates. You can also download the NDTV Cricket app for Android or iOS.