The suspension came as Shakib reportedly threatened to quit international cricket after he was called back to Dhaka before a planned appearance in the Caribbean Premier League Twenty20 tournament. 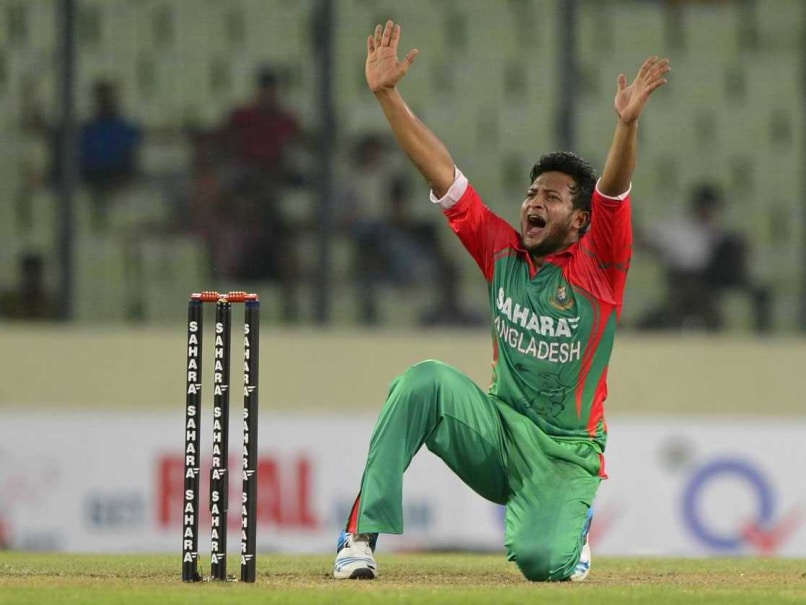 Shakib al-Hasan has been suspended due to 'severe attitute problem'© AFP
Dhaka:

"He has a severe attitude problem, which is unprecedented in the history of Bangladesh cricket. We think that his behaviour is such that it's directly impacting the team," Bangladesh Cricket Board (BCB) president Nazmul Hassan told reporters.

Hassan said the board had unanimously decided to suspend Shakib, 27, from "all kinds of competitive cricket" for the next six months.

The suspension came as Shakib reportedly threatened to quit international cricket after he was called back to Dhaka before a planned appearance in the Caribbean Premier League Twenty20 tournament.

Hassan said Shakib was travelling to the Caribbean without any clearance from the BCB, and had also "misbehaved" with coach Chandika Hathurusinghe. He gave no further details.

"This morning he called me. He thought that he had the NOC (No objection certificate). He did not have any. He admitted that he misbehaved with the coach. He apologised for the misbehaviour," Hassan said.

Shakib, who for years has been the world's leading all-rounder and is one of Bangladesh's finest cricketers, could not be contacted for comment.

Hassan said Shakib had a history of disciplinary problems.

"We want to give a clear message: if it is repeated, he might be banned for life. There will be no compromise when it comes to discipline," he said.

On Sunday Shakib returned to Dhaka and denied that he had made any threat to quit international cricket. "I want to play cricket for another ten years," he said.

Comments
Topics mentioned in this article
Shakib Al Hasan Bangladesh Cricket Team Cricket
Get the latest updates on ICC Women's Cricket World Cup 2022 and IPL 2022, check out the Schedule , Live Score and IPL Points Table. Like us on Facebook or follow us on Twitter for more sports updates. You can also download the NDTV Cricket app for Android or iOS.