Riding on Babar Azam's 123 and Shoaib Malik's 84-ball 90, Pakistan defeated the West Indies by 59 runs at Sharjah to attain an unassailable 2-0 lead in the three-match series 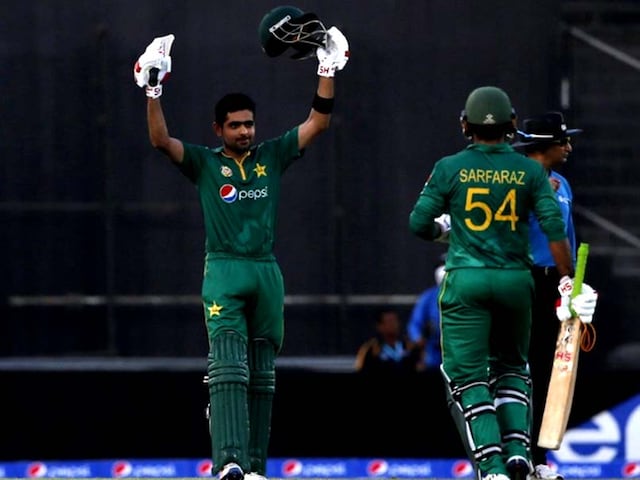 Sharjah: Fast-rising Babar Azam cracked a second successive hundred to guide Pakistan to a dominant 59-run win over the West Indies in the second one-day international in Sharjah, gaining an unbeatable 2-0 lead in three-match series.

West Indies finished on 278-7 from their 50 overs with Darren Bravo hitting 61 and Marlon Samuels scoring 57.

The final match will be in Abu Dhabi on Wednesday.

"We needed a good partnership after losing two early wickets and Azam and Malik gave that to us with pace and wisdom."

"I think we didn't bowl as well as we would have wanted and in the end 330-plus was too much for us," said Holder.

West Indies needed to improve on their best chase of 285 against Pakistan which came in 1993 at this same venue, but Pakistan's varied attack kept them at bay.

Bravo added 89 for the second wicket with Kraigg Brathwaite (39) after Johnson Charles was removed for two in the second over by Mohammad Amir.

Bravo hit three towering sixes and five boundaries off 74 balls before he was smartly run out by paceman Hasan Ali who knocked over the stumps at the non-striker's end after the batsman aimed for a quick single.

Samuels also tried his best during his 52-ball 57, spiced with four boundaries and two sixes, and added 67 for the fourth wicket with Denesh Ramdin (34) before fiery pace bowler Wahab Riaz (2-48) removed both in successive overs.

Kieron Pollard, playing his 100th one-day international, made 22 and Holder, who scored 31 not out, found the going tough as West Indies needed 121 in the last 10 overs and 87 in last five.

Earlier Azam anchored Pakistan's highest one-day total against the West Indies, beating the 307-8 they made at Perth nine years ago.

Azam added 169 for the third wicket with Malik who missed his ninth one-day hundred by 10 runs, scoring an attractive 84-ball 90 with six hits over the fence and three boundaries.

It was another dominating batting display by Pakistan, with Azam and Malik shredding the West Indian bowling at will, and Sarfraz Ahmed finishing it with 47-ball 60 not out.

Azam reached his second one-day international hundred with a single off Carlos Brathwaite, waving his bat and bowing down in delight.

He was finally caught off paceman Alzarri Joseph at long-on in the 46th over.

Malik was also ruthless as he reached his 38th half-century off 55 balls before hitting three successive sixes off left-arm spinner Sulieman Benn, one went out of the Sharjah stadium.

Azam and Malik steadied the innings after openers Ali (nine) and Sharjeel Khan (24) fell in the space of three deliveries with the total at 40.

Ahmed, who hit seven fours, helped Azam add another 73 for the fourth wicket as Pakistan added 97 in the last ten overs and 55 in the last five.